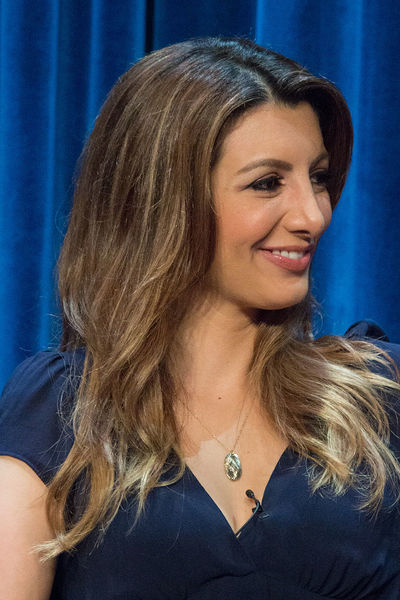 Nasim Pedrad (Persian: نسیم پدراد‎; born November 18, 1981) is an American actress and comedian best known for her five seasons as a cast member on Saturday Night Live from 2009 to 2014. She has since gone on to co-star in sitcoms such as Mulaney, Scream Queens, People of Earth, and New Girl.

Pedrad was born in Tehran, Iran, to a Muslim family. Her parents are Arasteh Amani and Parviz Pedrad. Pedrad's family emigrated to the United States in 1984 when she was three years old. Her younger sister is comedy writer Nina Pedrad. Both sisters are fluent in Persian. The sisters were raised in Irvine, California, and graduated from University High School. Nasim graduated from UCLA School of Theater, Film and Television in 2003. She was a member of the UCLA Spring Sing Company.

Pedrad was a performer with the Sunday Company at The Groundlings. She frequently performed her one-woman show Me, Myself & Iran at the Los Angeles divisions of ImprovOlympic and the Upright Citizens Brigade Theater. The show was selected for the 2007 HBO Comedy Festival in Las Vegas. She received an LA Weekly Best Comedic Performance of the Year Award as the lead in the comedic spoof After School Special.

Pedrad joined the cast of Saturday Night Live in 2009 as part of the 35th (2009–2010) season. Pedrad is one of a handful of cast members born outside North America (joining Italian-born Tony Rosato, New Zealand-born Pamela Stephenson, English-born Morwenna Banks, and Chilean-born Horatio Sanz). Pedrad became a repertory player in the 2011–12 season after two years of being a featured player. Pedrad left SNL in 2014 to work on Mulaney.