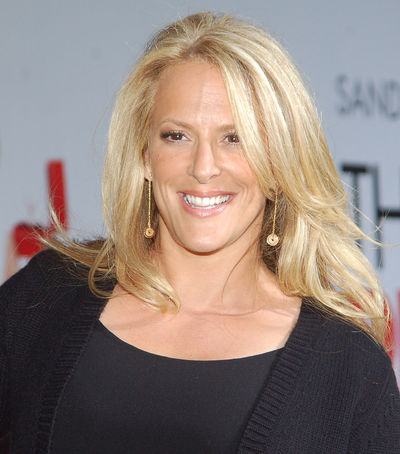 Born Anne Marie Fletcher in Detroit, Michigan, Fletcher lived with her family in the local lakefront suburb of St. Clair Shores, Michigan until her 1984 graduation with honors from Lake Shore High School. Fletcher began taking dance lessons at a local dance studio, Turning Point School of the Performing Arts, at age 12 after watching her mother take a dance class. At age 15, she appeared in the local show Salute to the Superstars at the now-defunct Mr. F’s Beef & Bourbon dinner club in Sterling Heights, Michigan. Upon graduation from high school, Fletcher moved to Los Angeles, California, where she attained further training and began working as a professional dancer; including performing as a Laker Girl.

In 1990, Fletcher met Adam Shankman when they were hired to perform as dancers at the 62nd Academy Awards. Shortly thereafter, Shankman hired Fletcher to become his assistant choreographer. This sparked a longtime personal friendship and professional affiliation.

Fletcher worked closely with Shankman both during his career as a choreographer and later as a film director and has credited her collaborations with Shankman for allowing her to both develop her own set of choreographic and film directorial skills and to achieve a similarly successful career path.

In her first film roles, Fletcher appeared as a dancer, including The Flintstones (1994), The Mask (1994), Tank Girl (1995), Casper (1995) and Titanic (1997). Fletcher later developed choreography for the Oscar-nominated drama film Boogie Nights (1997) starring Mark Wahlberg, Burt Reynolds, Julianne Moore and Heather Graham, in which she also appeared as a dancer, as well as for the comedy film A Life Less Ordinary (1997) with Ewan McGregor and Cameron Diaz.

After acquiring numerous professional choreography credits, often in collaboration with Adam Shankman, Fletcher, with encouragement from Shankman, began to consider a directorial career. She worked alongside Shankman, who had moved from choreography to directing with films such as Hairspray (2007) and The Wedding Planner, for both of which she was an associate producer.

Although Fletcher began to break into the production side of filmmaking throughout the early 2000s, she continued to choreograph in films such as the Ice Princess and The Pacifier in 2005. She also did choreograph work in other films like Scooby-Doo 2: Monsters Unleashed (2004), The 40-Year-Old Virgin (2005) and Hairspray (2007).

Fletcher directed the 2006 romantic dance film, Step Up starring Channing Tatum and Jenna Dewan Tatum. The film was nominated for two Teen Choice Awards (2007) and one Young Artist Award (2007). Although Fletcher didn't direct the sequel to this film, she choreographed on Step Up 2: The Streets (2008) which was directed by Jon M. Chu. Panned by critics, the film was well received by audiences and earned Fletcher a second successful director credit on the popular 2008 romantic comedy film, 27 Dresses, starring Katherine Heigl and James Marsden. This film was nominated for eight awards: one People's Choice Awards (2008), two Teen Choice Awards (2008), three Golden Trailer Awards (2008), one Artios Award (2008) and one EDA Special Mention Award. Based on the success of these two initial efforts, Fletcher has gone on to direct the popular 2009 romantic comedy film, The Proposal, starring Sandra Bullock and Ryan Reynolds. This film was nominated for twenty-seven awards; out of the twenty-seven nominations, the film won seven. Following the success of The Proposal, Fletcher directed The Guilt Trip (2012) starring Seth Rogen and Barbra Streisand. She followed this by directing Hot Pursuit (2015) starring Reese Witherspoon and Sofía Vergara. This film was nominated for four Teen Choice Awards (2015).