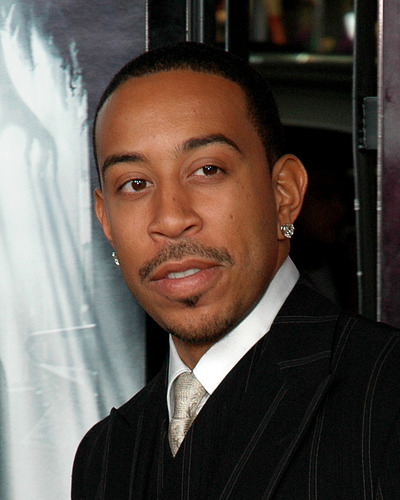 Christopher Brian Bridges (born September 11, 1977), better known by his stage name Ludacris, is an American rapper, entrepreneur and actor. Along with his manager, Chaka Zulu, Ludacris is the co-founder of Disturbing tha Peace, an imprint distributed by Def Jam Recordings. Ludacris has won a Screen Actors Guild, Critic's Choice, MTV, and three Grammy Awards during his career. Along with fellow Atlantans Big Boi and Andre 3000 of OutKast, Ludacris was one of the first and most influential Dirty South artists to achieve mainstream success.

Ludacris was born Christopher Brian Bridges in Champaign, Illinois. He is the only child of Roberta Shields and Wayne Brian Bridges. He is of African American and Native American descent. Bridges wrote his first rap song at age nine when moving to Atlanta, and joined an amateur rap group three years later. He attended Banneker High School in Atlanta, Georgia and graduated in 1996. From 1998 to 1999, he studied music management at Georgia State University.

Ludacris served as an intern and then as a disc jockey at Atlanta's Hot 97.5 (now Hot 107.9) under the name "Chris Lova Lova". He was also known for DJ'ing during Freaknik at one point.

Ludacris collaborated with Timbaland on the track "Phat Rabbit" from his album Tim's Bio: Life from da Bassment. This song was a hit in many countries. It was later included on Ludacris's debut LP album Back for the First Time. In Ludacris' early music career he collaborated with Dallas Austin and Jermaine Dupri.

Ludacris has a daughter named Karma Bridges from a previous relationship.