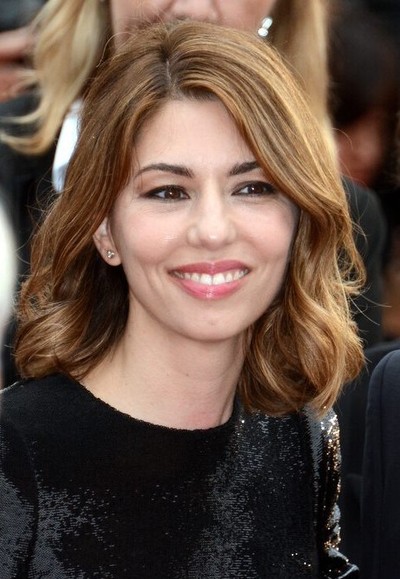 Sofia Carmina Coppola (born May 14, 1971) is an American screenwriter, film director, producer and actress. In 2003, she received the Academy Award for Best Original Screenplay for Lost in Translation, and became the third woman (and first American woman) to be nominated for an Academy Award for Best Director. In 2010, with Somewhere, she became the first American woman (and fourth American filmmaker) to win the Golden Lion, the top prize at the Venice Film Festival.

Coppola was born in New York City, New York, the youngest child and only daughter of set decorator/artist Eleanor Coppola (née Neil) and director Francis Ford Coppola (The Godfather and Apocalypse Now), granddaughter of the composer Carmine Coppola, sister of Roman Coppola and Gian-Carlo Coppola, niece of her father's siblings August Coppola and Talia Shire, and a cousin of Nicolas Cage, Jason Schwartzman and Robert Carmine. When she was fourteen years old, her brother Gian-Carlo was killed in a boating accident. She attended high school at St. Helena High School and graduated in the class of 1989. She later went to Mills College and the California Institute of the Arts, and interned with Chanel when she was fifteen years old. After dropping out, Coppola started a clothing line called Milkfed that is now sold exclusively in Japan.

Coppola's acting career, frequently described as based largely upon nepotism, began as an infant: she made background appearances in seven of her father's films. The best known of these early roles is her appearance in The Godfather as the baby boy in the christening scene. She is also seen in her father's film The Outsiders in a scene where Matt Dillon, Tommy Howell, and Ralph Macchio are eating at a Dairy Queen before the scene in which the church is discovered to be on fire.

Frankenweenie (1984) was the first film she performed in that was not associated with her father. However, it often goes unnoted due to her stage name, "Domino", which she adopted at the time because she thought it was glamorous.

Her best-known acting role is Mary Corleone in The Godfather Part III (1990), for which she was cast by her father after Winona Ryder fell ill. Her critically panned performance (for which she was named "Worst Supporting Actress" and "Worst New Star" at the 1990 Golden Raspberry Awards) effectively ended her acting career.