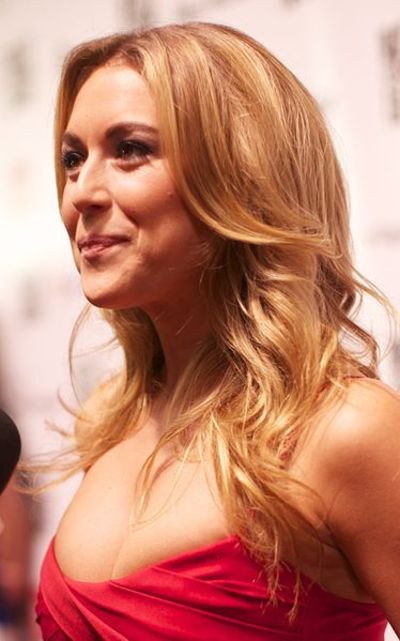 Alexa Ellesse PenaVega (née Vega; born August 27, 1988) is an American actress and singer. She is best known for her role as Carmen Cortezin the Spy Kids film series and Shilo Wallace in the film Repo! The Genetic Opera. In 2009, she starred as the title character Ruby Gallagher in the ABC Family series Ruby & The Rockits.

In 1996, Vega starred as young Jo Harding in Twister. She guest-starred in numerous television shows and films, including ER, Follow the Stars Home, Ghost Whisperer, and The Bernie Mac Show. She became known worldwide in 2001 for her role as Carmen Cortez in Spy Kids. The first Spy Kids movie was a huge success, and subsequently two sequels, Spy Kids 2: The Island of Lost Dreams and Spy Kids 3-D: Game Over were filmed. During the shooting of the three films, she performed most of her own stunts. Vega reprised the role in the 2011 sequel, Spy Kids 4: All the Time in the World.

In 2003, she was named one of that year's hottest teen celebrities in the July 2003 issue Vanity Fair. In 2004, Vega finished filming two films: Sleepover and State's Evidence. Then the following year she starred in the Lifetime television film entitled Odd Girl Out as a victim of cyber-bullying. She also filmed for another made-for-TV movie, Walkout.

Vega married film producer Sean Covel on October 10, 2010 in a ceremony held in his hometown of Lead, South Dakota. She wore an Ian Stuart gown and was walked down the aisle by Robert Rodriguez. In July 2012, Vega announced on Twitter that she had divorced Covel.

In August 2013, while on a cruise with friends, Vega became engaged to actor and singer Carlos Pena, Jr. The couple married on January 4, 2014 in Puerto Vallarta, Mexico, and changed their surname to PenaVega.

Vega is a Christian. Vega says her faith is the most important thing in her life.

Vega enjoys freshwater fishing, can speak Spanish fluently, and is an experienced gymnast.