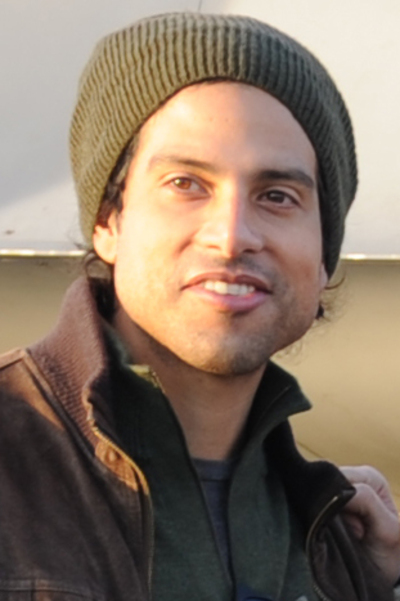 Adam Michael Rodríguez (born April 2, 1975) is an American actor, screenwriter and director. He is best known for his long running role as Eric Delko on CSI: Miami.

Rodríguez was born in Yonkers, New York, the son of Janet, an airline ticket agent, and Ramon Rodríguez, an executive with the United States Hispanic Chamber of Commerce. His father is of half Puerto Rican and half Cuban descent, and his mother is of Puerto Rican ancestry. He attended Clarkstown High School North in New City, New York along with NFL player Keith Bulluck of the New York Giants, where he graduated with the class of 1993. Rodriguez had initially hoped to be a professional baseball player, but after a high school injury, he turned his attention to acting and performed in a children's theater in New York. Prior to full-time acting, he was a stockbroker.

He has appeared in commercials, including one for Coca-Cola. His first film appearance was as an extra in The X-Files. He later appeared on Brooklyn South, Law & Order, Felicity, Roswell (alongside Brendan Fehr, with whom he would reunite in CSI: Miami) and NYPD Blue. He has appeared in a number of music videos, including Jennifer Lopez's 1999 video, "If You Had My Love", Busta Rhymes' "Respect My Conglomerate", Lionel Richie's "I Call It Love", opposite Nicole Richie, Melanie Fiona's "It Kills Me", 50 Cent's "Many Men", alongside Rory Cochrane, and Wisin & Yandel's No Dejemos Que Se Apague. He was a participant in the pro-Obama video, "Yes We Can." He joined the main cast of CSI: Miami which premiered in 2002 and directed and wrote the episode "Hunting Ground" (Season 9 Episode 16). He left the main cast 5 episodes into Season 8 and was credited as a recurring cast member for 8 episodes. In Season 9, he returned to the main cast until the show ended with season 10 in 2012.

Rodriguez starred in the 2009 Tyler Perry movie I Can Do Bad All By Myself as Sandino, alongside Taraji P. Henson. Rodriguez also co-starred in a smaller film called Love and Debate[citation needed]. He played Bobby, Hilda's love interest in season 4 of Ugly Betty. He splits his time between New York and Los Angeles, and has a third residence in Puerto Rico.