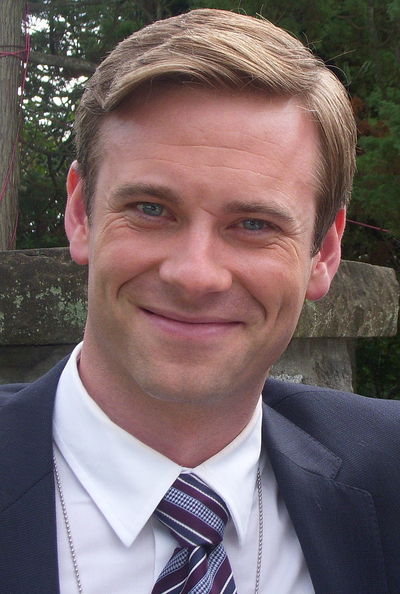 Johnson began his career acting at age nine, when his parents enrolled him in Stage Polaris, a theater company in Edmonton.

Johnson played the younger version of Brad Pitt's character in Legends of the Fall. In Canada, Johnson was the lead in an award-winning film titled Scorn. He got his breakout the next year in 2001 as football jock and Clark Kent rival Whitney Fordman in Smallville.

Johnson played the lead role in a new Flash Gordon TV series that debuted on Sci Fi in August 2007. The show was canceled after one season, in April 2008. On November 27, 2010 he starred as Jake Finley in the Hallmark movie, Debbie Macomber's Call Me Mrs. Miracle. He portrays Luke Callahan on the Canadian police drama Rookie Blue and inmate Cal Sweeney, a bank robber, on the Fox series Alcatraz. In 2012, Johnson was cast as the voice actor and physical actor of Sam Fisher in Splinter Cell: Blacklist, replacing Michael Ironside, who voiced the character in previous installments.

In 2013, Johnson was cast in Cinemax's original medical drama The Knick as a racist, but talented, young medic who is Clive Owen's protege; the series is being executive produced by Steven Soderbergh.

In 2004, Johnson married writer-producer Adria Budd, whom he met on the set of Smallville, as she was Annette O'Toole's and John Golver's personal assistant. They have a daughter, Calla Prairie Johnson, who was born in 2007.