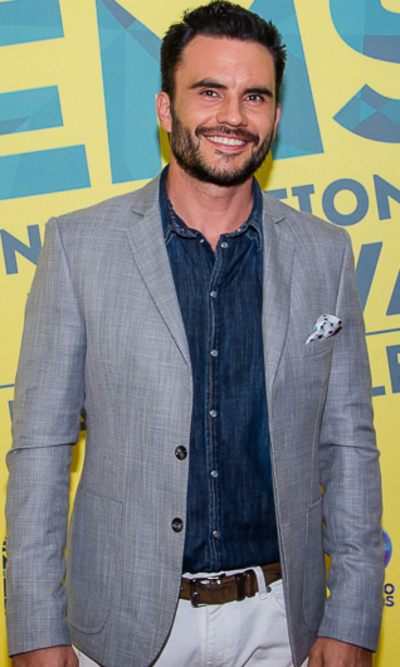 Raba was born in Bogotá, Colombia. After his parents' divorce, he was raised in Spain by his Argentinian father. There, he earned a baccalaureate degree and started studying Advertising, but soon decided this was not what he wanted in life. He left his studies incomplete and went to live in Argentina.

Raba subsequently returned to Colombia and worked as a model. He sought work from the Colombian TV channel Caracol, who suggested that he takes acting lessons. He took acting classes in Bogota with Edgardo Roman and then continued his studies in New York at the Lee Strasberg Institute.

Not long after, while accompanying a friend to an acting class, where Colombian professor Edgardo Roman was impressed by Raba's acting ability. Encouraged, Raba began attending auditions. Two months after his first audition, Caracol channel asked him to co-star in the television series Amor En Forma. In 1999, he played a small part in the TV series Marido y mujer.

Immediately after, he took the leading part in the TV series La reina de Queens. Around the same time, he appeared in the theatrical play Chronicle of a Death Foretold, based on the book by Gabriel García Márquez.

Later the Venezuelan channel RCTV asked him to co-star in the telenovela Viva La Pepa. This led to an offer to appear in La niña de mis ojos, which launched Raba's international career. In 2002's Mi gorda bella, Raba played Orestes Villanueva Mercuri, who falls in love with the good hearted Valentina.

In 2004, when he filmed for RCTV the TV series Estrambótica Anastasia. In 2005, he returned to Colombia and filmed for the channel Caracol the TV series Por amor a Gloria. In 2006 included he appeared in the movie Una Abuela Virgen and as the main character in the TV film Soltera y sin Compromiso.

In the following years he had parts in several soap operas. In 2008 Raba appeared in El Cartel de los sapos, in a 2009 episode of Tiempo final and in an episode of Mental. After that he had a part in Los Caballeros Las Prefieren Brutas. In 2013 he was a main character in Los secretos de Lucía.

In 2015 Raba joined the third season of Agents of S.H.I.E.L.D. as the Inhuman Joey Gutiérrez.

In 2003, he met Colombian journalist Paula Quinteros, whom he married on December 6 in a barefoot Celtic ceremony in Los Roques, Venezuela.

In 2006, he and Paula announced their separation, which subsequently resulted in their divorce in 2007. In 2007, he dated Venezuelan soap star Marjorie de Sousa, a relationship which lasted over a year.

In August 2011, he married television presenter Mónica Fonseca in a private ceremony in Miami, United States. On July 19, 2012, his wife gave birth to their son, Joaquín Raba Fonseca. Raba is an active cyclist and now resides in Miami. With his family, he has been very active in human and animal rights organizations.