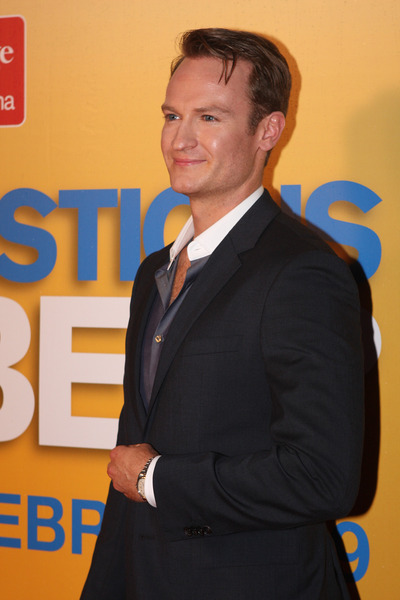 Josh Lawson grew up in Brisbane and attended St Joseph's College, Gregory Terrace. He graduated from the National Institute of Dramatic Art in 2001. He also spent one year studying improvisation techniques in Los Angeles at The Second City, The Groundlings, ACME Comedy Theatre and I.O. West.

Lawson has had guest-starring roles in such popular Australian television programs as Blue Heelers and Home and Away, but is probably best known for his appearances on the improv comedy program Thank God You're Here and on the Australian dramas Sea Patrol and The Librarians. He also had a guest role in the comedy Wilfred and starred in several television commercials, including advertisements for Coca-Cola Cherry and Gold Class cinemas. Lawson Also Played Bob In the cartoon hangover series 'Rocket Dog' (2013)

Lawson played Ben in the American pilot of Spaced and Shawn on Romantically Challenged for ABC. He currently plays Doug Guggenheim on Showtime's House of Lies.

In 2006, Lawson made his feature film debut in BoyTown. He had the starring role in the 2012 Australian comedy Any Questions for Ben?, created by Working Dog Productions.

In 2012 Lawson starred in his biggest role to date, appearing alongside Will Ferrell and Zach Galifianakis in the comedy hit The Campaign. Lawson will also feature in Anchorman 2: The Legend Continues alongside Ferrell in 2013.