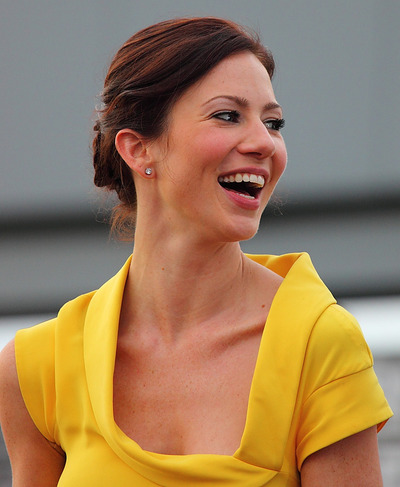 Viola Lynn Collins (born May 16, 1977) is an American actress. She made television appearances in True Blood and Law & Order: Special Victims Unit, and is recognized for her roles in films such as X-Men Origins: Wolverine and John Carter.

Collins was born in Houston, Texas, and has stated that she is of Scottish, Irish, and Cherokee descent. She spent her formative years in Singapore, with "summers in Japan where my parents were getting their fourth and fifth and sixth dan in Shitaru ... Okinawa-style karate". During a childhood Christmas pageant in which she played Mrs. Claus, Collins discovered her love for acting.

She attended the Juilliard School's Drama Division (Group 28: 1995–1999) where she graduated with a Bachelor of Fine Arts degree.

Collins made her television debut in 1999, in an episode of Law & Order: Special Victims Unit, and went on to star onstage as Ophelia opposite Liev Schreiber in Hamlet, followed by a turn as Juliet in Romeo and Juliet. After bit parts that included a stint on the show Haunted and roles in the movies Down with Love, 50 First Dates and 13 Going on 30, she gained notice playing Portia in the film The Merchant of Venice, starring opposite Al Pacino, Joseph Fiennes and Jeremy Irons.

She furthered her profile in 2008 when she was cast as Jason Stackhouse's girlfriend Dawn Green in the first season of the HBO vampire series True Blood, and through a featured role as the hero's love interest in the 2009 X-Men Origins: Wolverine opposite Hugh Jackman. Her first leading film role came in 2012 when she was cast as the headstrong Martian princess Dejah Thoris in John Carter.

Collins married actor Steven Strait in 2008 after a four-year relationship. Describing herself in 2012 as "a functioning alcoholic" while shooting X-Men Origins: Wolverine in Australia in 2008, Collins credits Strait with helping her recover when "I took it all to hell ... Whatever I was doing, he was the rock, and now there’s two rocks. It's a more equal relationship, but it wasn’t always like that."

Collins was raised in a "very, very religious" family of Southern Baptists, and has since explored several religious faiths, describing herself as a "pretty spiritual person".