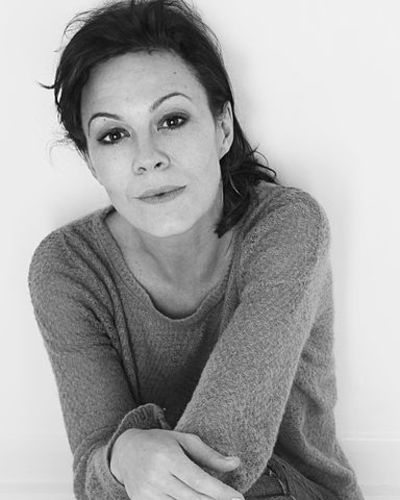 McCrory was born in Paddington, London. Her mother, Anne (née Morgans), is Welsh, and her father, Iain McCrory, is a diplomat from Glasgow, Scotland. She is the eldest of three children. She was educated at Queenswood, a Hertfordshire boarding school, after which she spent a year living in Italy. Upon her return to Britain, she began studying acting at the Drama Centre in London.

McCrory won Third Prize at the Ian Charleson Awards for her 1993 performance as Rose Trelawny in Trelawny of the 'Wells' at the National Theatre. In 2002 she was nominated for a London Evening Standard Theatre Award for Best Actress (for playing Elena in Chekhov's Uncle Vanya at the Donmar Warehouse). She was later nominated for a 2006 Laurence Olivier Theatre Award for her role as Rosalind in As You Like It in London's West End. In April 2008, she made a "compelling" Rebecca West in a production of Ibsen's Rosmersholm at the Almeida Theatre, London.

She appeared in Charles II: The Power and The Passion (2003), as Barbara Villiers, Countess of Castlemaine, and in supporting roles in such films as Interview with the Vampire (1994), Charlotte Gray (2001), The Count of Monte Cristo (2002), and Casanova (2005). In The Queen (2006) she played Cherie Blair, a role she reprised in Peter Morgan's follow-up The Special Relationship.

McCrory starred in The Last of the Haussmans at the Royal National Theatre, which began 12 June 2012. The production was broadcast to cinemas around the world on 11 October 2012 through the National Theatre Live programme.

In 2014, McCrory played the title role in the National Theatre's production of Medea, directed by Carrie Cracknell. Also in 2014, McCrory made a guest appearance on the TV series Penny Dreadful. She returned as a regular for the show's second season, playing the main antagonist.

In August 2016, McCrory was confirmed to play Emma Banville in ITV drama series Fearless, which began airing in June 2017.

McCrory was appointed an Officer of the Order of the British Empire (OBE) in the 2017 New Year Honours for services to drama.