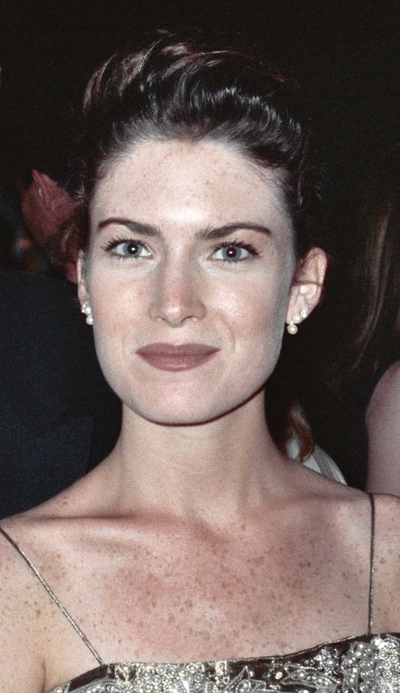 Lara Flynn Boyle (born March 24, 1970) is an American film and television actress best known for her performances as Laura Palmer's best friend Donna Hayward in Twin Peaks and Assistant District Attorney Helen Gamble in The Practice. She has also appeared in a number of feature films, such as Happiness and Men in Black II.

Boyle was born in Davenport, Iowa, the daughter of Sally Boyle, a clerical worker, assistant, and manager, and Michael L. Boyle. Her paternal grandfather was U.S. Representative Charles A. Boyle. Her father was of Irish descent and her mother was of one quarter Irish, half German, and one quarter Italian ancestry. She is named after a character in Boris Pasternak's novel Doctor Zhivago. She was raised in Chicago, Illinois and Wisconsin. Boyle studied at and graduated from The Chicago Academy for the Arts.

Boyle's first film role was a bit part in Ferris Bueller's Day Off (1986), which earned her a SAG card, though her scenes were deleted from the final cut of the film. She then appeared in the mini-series Amerika (1987) and feature film Poltergeist III (1988). Although she was cast in Dead Poets Society (1989), her scenes were deleted. Her first major role was as Donna Hayward in the critically acclaimed television series Twin Peaks. When the series ended in 1991, creator David Lynch produced a movie, Twin Peaks: Fire Walk with Me, but Boyle did not return. Moira Kelly took over the role of Donna for the film.

In 1997, Boyle auditioned for the title role in David E. Kelley's Ally McBeal. Although she lost out to Calista Flockhart, the actress impressed Kelley enough to create the role of Assistant District Attorney Helen Gamble in his other 1997 series, The Practice, specifically for her.

In 2002, Boyle played a lead role in the blockbuster feature film Men in Black II as the villainous shapeshifting alien Serleena. She also guest-starred on one of the last episodes of Ally McBeal, this time as Tally Cupp. Recently, she had a recurring role on several episodes of Huff, playing Melody Coatar, an unstable patient with borderline personality disorder andbipolar disorder.

Boyle was in a two-year relationship with Twin Peaks partner Kyle MacLachlan. Boyle also dated Jack Nicholson. They went public with their romance at the 1999 Emmys, and remained together until the end of 2000.