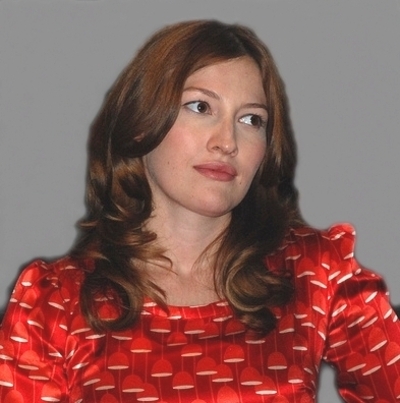 Kelly Macdonald (born 23 February 1976) is a Scottish actress, known for her role in the independent film Trainspotting and mainstream releases such as Nanny McPhee, Gosford Park, Intermission, No Country for Old Men, Harry Potter and the Deathly Hallows Part 2 and Brave. On television, she is known for her roles in Boardwalk Empire, The Girl in the Café and State of Play.

Macdonald was born in Glasgow, Scotland. Her mother was a garment industry sales executive.

Macdonald's career began while she was working as a barmaid in Glasgow. She saw a leaflet advertising an open casting session for Trainspotting and decided to audition, winning the part of Diane, the underage seductress to Ewan McGregor's Renton. Other roles include Mary O'Neary in Two Family House and an actress playing Peter Panin Finding Neverland. She also had major roles in Robert Altman's British period piece Gosford Park, where she played an aristocrat's maid, as well as in Intermission (2003), as Deirdre.

On radio, she portrayed Mary in the 1999 BBC radio drama Lifehouse, based on Pete Townshend's abandoned rock opera, some of the songs for which were released on The Who's album Who's Next.

On television, her highest-profile roles have been in two BBC dramas, the Paul Abbott serial State of Play (2003) and the one-off Richard Curtis piece The Girl in the Café (2005). Both of these were directed by David Yates, and both also starred Bill Nighy. For her performance in The Girl in the Café, Macdonald was nominated for a Golden Globe in 2006, and won an Emmy.

Macdonald starred in the 2005 film Nanny McPhee, as the scullery maid Evangeline, and has since had supporting roles in A Cock and Bull Story (2006) and the Coen brothers' Academy Award-winning No Country for Old Men (2007). Her agent was originally unsure she was right for the latter part, and Macdonald is reported as having to "fight for the role". Her persistence paid off, however, as she was nominated for a BAFTA for Best Supporting Actress.