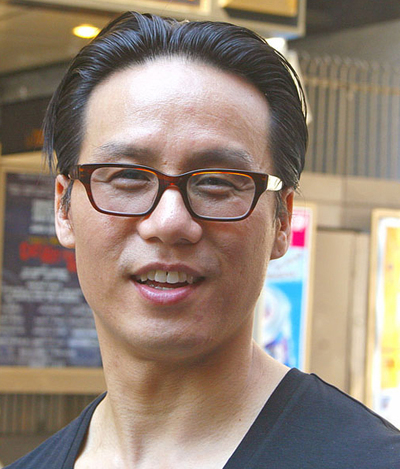 Wong has also done extensive voice-over work and stage acting. The most well known of his voice acting roles is that of Li Shang from the Disney animated film Mulan. He would later reprise this role twice, most notably for the video game Kingdom Hearts II.

Beginning in 2016, Wong appeared in the TV series Gotham as Hugo Strange. In the same year, he was nominated for a Critic's Choice Television Award and won a Gold Derby Award for his recurring role as Whiterose in Mr. Robot, reappearing in the role during the show's second season.

BD Wong was born in San Francisco, California, the son of Roberta Christine (née Leong), a telephone company supervisor, and William D. Wong, a postal worker. He has one older brother and one younger brother. He is of Chinese descent, with family from Hong Kong. Wong attended Lincoln High School, where he discovered his love of acting and starred as the lead in numerous school plays, before attending San Francisco State University.

Wong gained wide attention as a result of his Broadway debut in M. Butterfly opposite John Lithgow. The play won multiple awards, including several for Wong, who at that time ceased using his full name in favor of his initials. He has since ceased the use of punctuation in his initials. He is notable as the only actor to be honored with the Tony Award, Drama Desk Award, Outer Critics Circle Award, Clarence Derwent Award, and Theatre World Award for the same role. In addition to his long-running stint on Law & Order: Special Victims Unit as FBI psychiatrist Dr. George Huang, he has had recurring roles in All American Girl and as a prison priest on Oz, with guest appearances on The X-Files and Sesame Street. On the big screen, he has appeared in The Freshman (1990), the 1991 remake of Father of the Bride and its 1995 sequel, Father of the Bride Part II, Jurassic Park (1993), Executive Decision (1996) and Slappy and the Stinkers (1997). He also provided the voice of Captain Shiang in Disney's Mulan (1998), its direct-to-video sequel, and the video game Kingdom Hearts II. He returned to Broadway as Linus in a revival of You're a Good Man Charlie Brown, alongside Anthony Rapp, Roger Bart and Kristin Chenoweth, and the 2004 revival of Stephen Sondheim's Pacific Overtures.

In 2008, he starred in the one-man show Herringbone, in which he portrayed 12 roles, at the McCarter Theatre at Princeton University. He brought the show to the La Jolla Playhouse in San Diego the following year. In 2012, Wong starred in Herringbone to benefit Dixon Place in New York for two performances. The production, recorded live for a 2014 CD release, was his first appearance in New York of the material, timed to coincide with the 30th anniversary of the original New York production.

In 2014, Wong starred in the U.S. premiere of James Fenton’s acclaimed adaptation of The Orphan of Zhao, a classic Chinese legend that has its roots in the fourth century BC, directed by Carey Perloff at American Conservatory Theater (A.C.T.). The Orphan of Zhao is an epic story of self-sacrifice and revenge. In the aftermath of a political coup, a country doctor is forced to sacrifice his own son in order to save the last heir of a noble and massacred clan. The Orphan of Zhao was a co-production with La Jolla Playhouse.

Wong announced his departure from the cast of Law & Order: SVU in July 2011, to join another NBC police drama, Awake, in which he portrayed Dr. Johnathan Lee, a confrontational therapist of an LAPD detective (portrayed by Jason Isaacs) who lived in two realities. Wong guest starred in a thirteenth season episode of Law & Order: SVU titled "Father Dearest" (which aired May 2, 2012).

Wong also guest-starred as the enigmatic White Rose in episodes 8 and 10 of USA Network's Mr. Robot, returning in that role for the show's second season.

Wong began a long-term relationship with talent agent Richie Jackson in 1988. In 2000, the couple had twin sons: Boaz Dov, who died 90 minutes after birth, and Jackson Foo Wong. They were born through a surrogate mother, using Wong's sperm and an egg donated by Jackson's sister. In 2003, Wong wrote a memoir about his experiences with surrogacy titled Following Foo: the Electronic Adventures of the Chestnut Man. Wong and Jackson ended their relationship in 2004. Wong amicably co-parents his son with his ex-partner Jackson and his partner, Jordan Roth.

Wong also donates his time and resources to a number of LGBT and arts-related charities, such as the Ali Forney Center, Materials for the Arts, and Rosie's Theater Kids.

Jurassic World: Fallen Kingdom 2018
The Space Between Us 2017