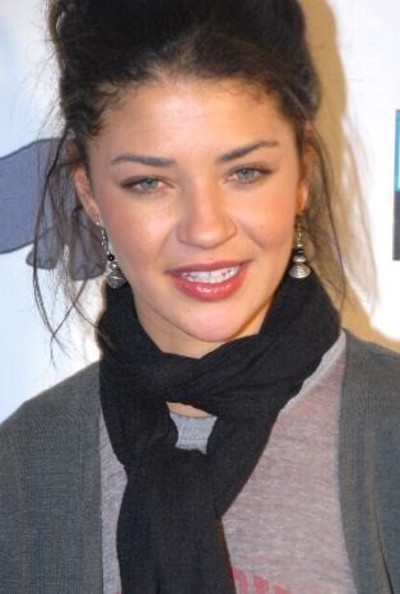 Jessica Karen Szohr (born March 31, 1985) is an American actress. Szohr began her screen career starring on television shows such as CSI: Miami and What About Brian. She gained recognition in 2007 with her breakthrough role as Vanessa Abrams on The CW series Gossip Girl. She most recently appeared in the 2010 horror film Piranha 3D and in the 2011 comedy I Don't Know How She Does It,  and the 2013 film The Internship.

Szohr is of Hungarian descent, one quarter English, and her maternal grandmother is African-American. She was born in Menomonee Falls, Wisconsin, a place she describes as a "family-oriented small town". The oldest of five children, Szohr played soccer, served on the student council, and was part of the cheerleading squad while in school. She started a cleaning company with a friend, cleaning their teachers’ houses.

Szohr started modeling at age six. Her first national campaign was for Quaker Oats at age ten, and she also appeared in print ads for Kohl's department store. Subsequent modelling gigs followed, including prints for Crate & Barrel, Mountain Dew, Sears, Jockey and JanSport. Szohr graduated from Menomonee Falls High School a semester early and moved to Los Angeles with her mother at the age of 17 to pursue an acting career. She told Seventeen magazine that she "almost moved home like five times."

Szohr made her debut as an actress in 2003 in an episode of the third season of My Wife and Kids, titled "Not So Hostile Takeover". Her first film was Uncle Nino (2003), playing a minor role as The MC. She appeared in numerous guest teen television series such as That's So Raven, Drake & Josh, What I Like About You, and Joan of Arcadia. She also appeared in three episodes of CSI: Miami as Samantha Barrish.

In 2007, she appeared in a major recurring role as Laura for six episodes in the ABC dramedy series What About Brian. Along with Stacy Keibler, she played a neighbor to the leading role, Brian O'Hara (Barry Watson). She also appeared in the music videos for "Best Days" by Matt White and "Over You" by Daughtry, in which she played Sarah. In the same year, Szohr earned her breakthrough role on the hit CW teen drama series Gossip Girl. Based on the novel series written by Cecily von Ziegesar, Gossip Girl's premise follows the lives of privileged young adults on Manhattan's Upper East Side in New York City. She plays Vanessa Abrams, Dan Humphrey's (Penn Badgley) childhood friend and occasional love interest. Szohr described her character to Ocean Drive magazine, "Vanessa doesn't change for other people. She says what she thinks. [...] she's just a badass girl from Brooklyn". The portrayal of Vanessa in the TV series has drawn criticism from Ziegesar, who claimed Vanessa is "one character they ruined". Originally cast as a recurring role, she was promoted to series regular after the season one episode "The Blair Bitch Project" in April 2008. In May 2011, it was confirmed that Szohr would not be returning for the fifth season of Gossip Girl. She returned in the sixth season for a cameo appearance on the series finale, "New York, I Love You XOXO", on December 17, 2012.

Szohr enjoys snowboarding, hiking, yoga, and soccer. She describes her hobbies as a result of her being "from Wisconsin". She has also said that she is a huge Green Bay Packers fan.

Szohr defines her real-life fashion as "simple and casual". Speaking to Vogue, she said, "I wouldn't say I'm trendy or follow any particular trends." She has more than eleven tattoos, including her grandparent's anniversary on her left arm and a cherub on her foot.

She told Parade magazine that, in order to avoid real-life gossip, she does not read blogs. Szohr is a friend of singer-songwriter Taylor Swift, Jessica Stam and Dianna Agron. She dated her Gossip Girl co-star Ed Westwick.

In 2010, Szohr was included on People magazine's "100 Most Beautiful People in the World" list.