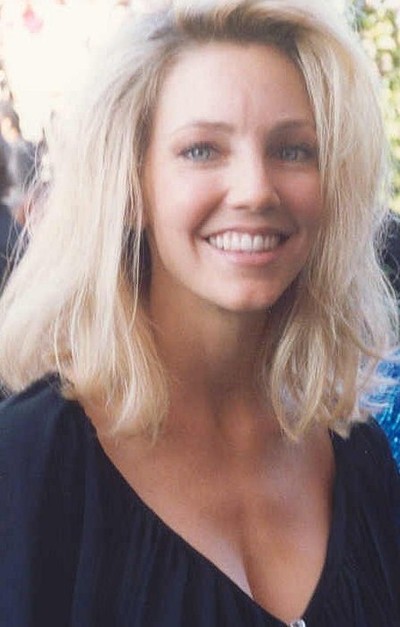 Heather Deen Locklear (born September 25, 1961) is an American actress, known for her television roles as Sammy Jo Carrington on Dynasty, Officer Stacy Sheridan on T.J. Hooker, Amanda Woodward on Melrose Place, and Caitlin Moore on Spin City. She currently has a recurring role on the TV Land sitcom Hot in Cleveland.

Locklear was born in Los Angeles' Westwood District, the daughter of Diane (née Tinsley), a production executive for Disney, and William Robert Locklear, an administrator at UCLA. She was raised in Thousand Oaks, California (part of the Greater Los Angeles Area) and graduated from Newbury Park High School. Locklear is the youngest of four children.

Locklear attended the University of California, Los Angeles (UCLA), and pledged Chi Omega and Delta Delta Delta, but was never initiated into either sorority. While at UCLA, she began modeling and working in commercials for the school store. She made her earliest screen appearances in the early 1980s with small roles in episodes of CHiPs, 240-Robert, and Eight Is Enough, before beginning a long-term collaboration with Aaron Spelling. Spelling cast her in the role of Sammy Jo Dean during the second season of his TV series Dynasty, and the following year he cast her in the cop show T.J. Hooker with William Shatner. Until the mid-1980s, Locklear appeared as a series regular on T.J. Hooker, while making semi-regular appearances on Dynasty. She was a full-time cast member on Dynasty from 1985 until its cancellation in 1989. In 1991, the cast of Dynasty (including Locklear) reconvened for the four-hour mini-series Dynasty: The Reunion.

Locklear was romantically linked to several Hollywood personalities including Scott Baio. She was married to Mötley Crüe drummer Tommy Lee from May 1986 to August 1993. After their divorce, she married Bon Jovi guitarist Richie Sambora on December 17, 1994, in Paris. She gave birth to their only child, daughter Ava Elizabeth, in 1997. As of 2010, Ava is modeling and plans to be an actress. Locklear filed for divorce from Sambora in February 2006. The following month Sambora filed for joint custody of their daughter and enforcement of a prenuptial agreement. Their divorce was finalized in April 2007. In the same month, Locklear began a relationship with fellow Melrose Place alum Jack Wagner. In August 2011, Locklear and Wagner announced they were engaged. Locklear's publicist announced that the engagement was called off in November 2011.