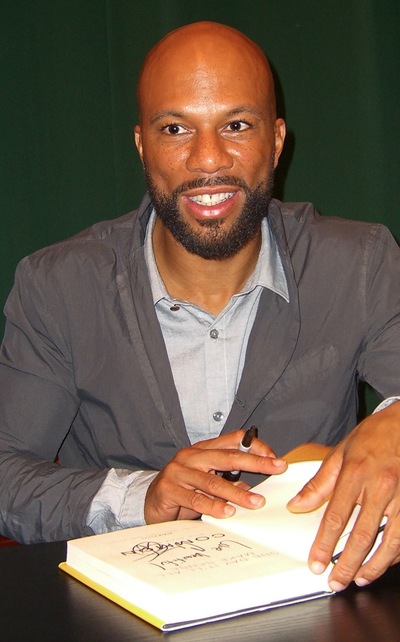 Common debuted in 1992 with the album Can I Borrow a Dollar? and maintained a significant underground following into the late 1990s, after which he gained notable mainstream success through his work with the Soulquarians. His first major-label album, Like Water for Chocolate, received widespread critical acclaim and tremendous commercial success. His first Grammy award was in 2003 for Best R&B Song for "Love of My Life (An Ode to Hip-Hop)" with Erykah Badu. Its popularity was matched by May 2005's Be, which was nominated in the 2006 Grammy Awards for Best Rap Album. Common was awarded his second Grammy for Best Rap Performance by a Duo or Group, for "Southside" (featuring Kanye West), from his July 2007 album Finding Forever. His best-of album, Thisisme Then: The Best of Common, was released on November 27, 2007.

Common was born Lonnie Rashid Lynn, Jr., on Chicago's South Side, on March 13, 1972. He is the son of educator Dr. Mahalia Ann Hines and former ABA basketball player turned youth counselor Lonnie Lynn. They divorced when he was six years old, resulting in his father's moving to Denver, Colorado. This left Common to be raised by his mother, but his father remained active in his life and landed Lonnie Jr. a job with the Chicago Bulls during his teens. While a student at Luther High School South in Chicago, Lynn with his childhood friends, record producer No I.D., and Corey Crawley formed C.D.R. a rap trio that opened for acts that included N.W.A. and Big Daddy Kane.

Common attended Florida A&M University for two years under a scholarship and majored in business administration. After being featured in the Unsigned Hype column of The Source magazine, Lynn debuted in 1992 with the single "Take It EZ", followed by the album Can I Borrow a Dollar?, under stage name Common Sense.

With the 1994 release of Resurrection, Common achieved a much larger degree of critical acclaim, which extended beyond Chicago natives. The album sold relatively well and received a strong positive reaction among alternative and underground hip hop fans at the time. Resurrection was Common's last album produced almost entirely by his long-time production partner, No I.D., who was also the then-mentor of a young Kanye West.

In 2003, Common appeared on the American UPN sitcom Girlfriends. In the episode "Take This Poem and Call Me in the Morning", he appeared as Omar, a slam poet who competes with fellow poet Sivad (played by Saul Williams) for the affection of Lynn Searcy (played by Persia White). He also had a cameo appearance on an episode of UPN's One on One, where he played a drama class instructor named Darius. He also made an appearance on the ABC show "Scrubs". In 2007, Common appeared with Ryan Reynolds, Jeremy Piven, and Alicia Keys in the crime film Smokin' Aces. He made his big screen debut as villainous Mob enforcer Sir Ivy. He appeared alongside Denzel Washington, Russell Crowe, The RZA and T.I. in the 2007 crime thriller American Gangster. On January 20, 2007, one week before the opening of Smokin Aces, he appeared in a Saturday Night Live sketch as himself. The show's host was Piven, his Acesco-star.

Common has had romantic relationships with singer Erykah Badu, actress Taraji P. Henson, and tennis player Serena Williams, but as of September 2011 maintained that he was single.