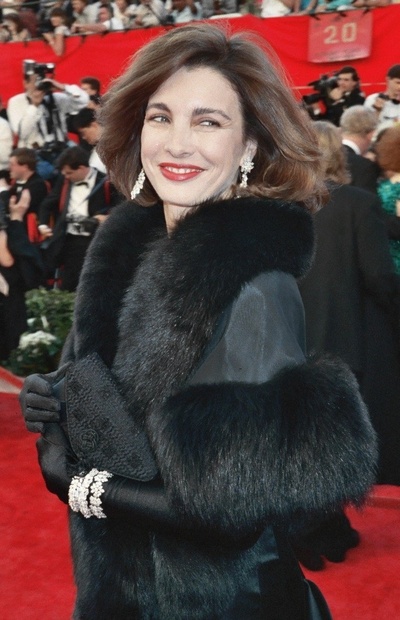 Anne Archer (born August 24, 1947) is an American actress who has performed in feature films, television, and stage and was named Miss Golden Globe in 1971. She has appeared in a wide range of films such as Paradise Alley, Short Cuts, Patriot Games, Clear and Present Danger, Man of the House and Fatal Attraction, for which she was nominated for an Academy Award.

Archer was born in Los Angeles, California, the daughter of actors Marjorie Lord and John Archer.

Archer's first TV appearance was in 1970 on the series Men at Law. Her first feature film was The Honkers (1972). Archer was nominated for an Oscar for her supporting role as Beth Gallagher in Adrian Lyne's 1987 blockbuster Fatal Attraction. She played a deceived, then violently protective mother of a six-year old daughter, and wife of stalked philanderer Dan Gallagher (Michael Douglas), whose weekend tryst with mentally unstable book editor Alex Forrest (Glenn Close) results in more than he bargained for. Her other prominent movie roles include Patriot Games (1993) and Clear and Present Danger (1994). In 2001 Archer portrayed 'Mrs. Robinson' at the Gielgud Theatre in London's West End production of The Graduate. She has made several appearances on television, including Hawaii Five-0, Beautiful Screamer, Little House on the Prairie, Falcon Crest, Boston Public, It's Always Sunny in Philadelphia, Privileged and Ghost Whisperer playing Melinda's mother.

Archer married William Davis in 1969 though the couple divorced in the mid-1970s. She then married Terry Jastrow in 1979. Archer has two sons, one from each marriage.