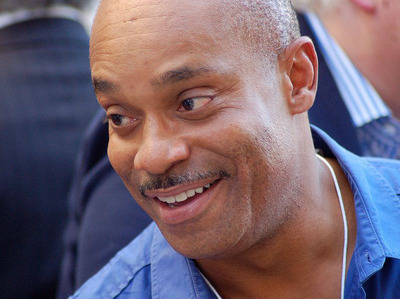 Roscoe "Rocky" Carroll (born July 8, 1963) is an American actor. He is known for his roles as Joey Emerson on the FOX comedy-drama Roc, as Dr. Keith Wilkes on the CBS medical drama Chicago Hope, and as NCIS Director Leon Vance on the CBS drama NCIS and its spinoff NCIS: Los Angeles.

Carroll was born Roscoe Fulton Carroll in Cincinnati, Ohio. His acting career is rooted in the theater. In 1981, Carroll graduated from the famed School for Creative and Performing Arts SCPA in Cincinnati Ohio, in the Cincinnati Public School District. Determined to further his knowledge of acting, he attended The Conservatory of Theatre Arts at Webster University in St. Louis, where he graduated with a B.F.A. degree. After graduating, Carroll decided to test the waters by moving to New York City, the heart of the theater community. There, he introduced many young children of color to the works of William Shakespeare by participating in Joe Papp's “Shakespeare on Broadway” series.

As part of Joe Papp's acclaimed New York Shakespeare Festival, Carroll helped to open doors for actors of color, by taking on non-traditional roles that were rarely portrayed by Black actors in Shakespeare dramas. In 1987, Carroll was introduced to the works of August Wilson. The up and coming and talented young actor was allowed to recreate his role for the Broadway production of Wilson's critically acclaimed story The Piano Lesson. The play not only earned a Pulitzer Prize for Drama, but Carroll earned a Tony and Drama Desk nomination.

Carroll married Gabrielle Bullock on May 25, 1996. They have one daughter, Elissa.