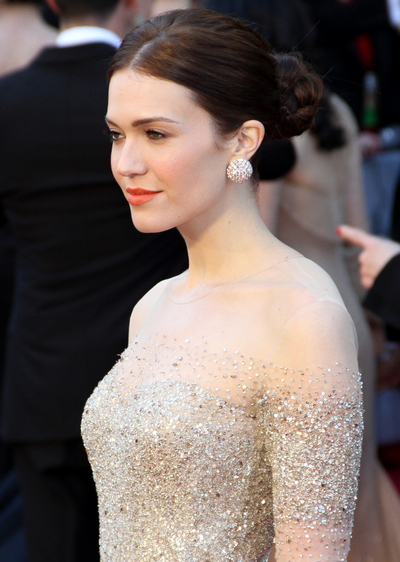 Amanda Leigh "Mandy" Moore (born April 10, 1984) is an American singer–songwriter, actress, and fashion designer. Raised in Florida, Moore first came to prominence with her 1999 debut single "Candy", which peaked at number 41 on the Billboard Hot 100; her subsequent album,So Real, went on to receive a Platinum certification from the RIAA. Two more singles, "Walk Me Home" and "So Real", were released but failed to have the success of their predecessor. Her 2000 single, "I Wanna Be with You", became her first Top 40 hit in the US, peaking at number 24 on the Hot 100 chart. The parent album, titled the same, was released that same year to generally mixed reviews. The album went on to achieve Gold certification. After revealing her displeasure with her early works, Moore's third album, simply titled Mandy Moore, featured a change of sound that drifted away from her "bubblegum pop" roots. The album spawned the single "In My Pocket", which became her third Top 20 hit in Australia. The album itself was her final album to be certified by the RIAA, receiving a Gold certification.

In 2003, Moore released her fourth studio album, Coverage, featuring covers of classic 1970s songs. Following the album's release, Moore parted ways with her record label, due to creative differences. The split prompted the label to release the compilation albums The Best of Mandy Moore and Candy, both of which have sold an estimated 100,000 copies to date. Moore did not return to music until the release of her 2007 album Wild Hope, which failed to have much success. To date, the album has sold an estimated 200,000 copies, and failed to receive an RIAA certification. Similarly, both of the album's singles failed to chart worldwide. In 2009, Moore released her sixth studio album, Amanda Leigh, which peaked at number 25 on the Billboard 200 and sold an estimated 100,000 copies. In 2012, Moore confirmed that she was working on her seventh studio album, currently slated for a 2013 release. As of 2009, Moore has sold more than 10 million albums worldwide, according to Billboard. In 2012, Moore was ranked #96 on VH1's list of "100 Greatest Women in Music." as well as #63 on their Sexiest Artists of All Time List.

Aside from her musical career, Moore has also branched out into acting. She made her film debut in the 2001 film Dr. Dolittle 2, though it was only a minor voice role. Later that year, she appeared as Lana in the comedy film The Princess Diaries, alongside Anne Hathaway. She had her first starring role in the 2002 romantic film A Walk to Remember, which was based on the Nicholas Sparks book. Between 2003 and 2006, Moore appeared in various films, including Chasing Liberty, Saved!, and How to Deal. She later appeared in the 2006 film American Dreamz, which was both a critical and financial failure. The film failed to make back its $17 million budget, and debuted at number 9 at the box office. The following year, Moore appeared in the romantic comedy Because I Said So, alongside Diane Keaton. The film was negatively received by critics, but was a financial success, earning over $69 million worldwide at the box office. In 2010, Moore portrayed Rapunzel in the animated film Tangled, in which she performed the song "I See the Light", for which she won a Grammy Best Song Written for Visual Media.

Amanda Leigh Moore was born on April 10, 1984 in Nashua, New Hampshire. Her mother, Stacy (née Friedman), is a former news reporter who once worked for the Orlando Sentinel, and her father, Donald "Don" Moore, is a pilot for American Airlines. Moore's father is of Irish and Cherokee descent, and her mother is of half-English and half-Jewish ancestry. She is the middle of three children with an older brother, Scott, and a younger brother Kyle. When she was only two months old, Moore and her family moved to Orlando, Florida due to her father's job.

Moore became interested in acting and singing at a young age, and cited her grandmother, a dancer in the theater district of The West End of London, as one of her inspirations. Moore stated "My parents thought It was just a phase I'd grow out of. But I stuck to it and begged them for acting lessons, for voice lessons." Moore began starring in numerous local productions, as well as performing the National Anthem at numerous Orlando based events. She was only twelve years old when she attended the Stagedoor Manor theater camp, where other celebrities including actress Natalie Portman had once attended. Production director Konnie Kittrell said of Moore "She was a quiet, sweet girl", and stated that even though she earned numerous solos "She wasn't a spotlight seeker." When Moore was thirteen, she began working on music by herself. One day, while working in the studio, she was overheard by a FedEx delivery man, who had a friend in A&R at Epic Records. The delivery man, named Victor, later sent this friend a copy of Moore's unfinished demo, and Moore went on to sign with the label.

Moore has often been praised by music critics for her branching off and making her own music. Billboard stated "She has successfully dropped all the tacky accoutrements of her past and turned into a sweet, classy singer/songwriter whose charms are readily apparent." Allmusic website claimed "Moore smoothly evolved from adolescent starlet to mature songwriter, continuing to distance herself from the scene that had launched her career one decade prior." Moore has noted that she was inspired by television and film with her music as a child. Moore has also revealed how her husband, Ryan has had a huge influence on her music. She has also stated “I’m stuck in the ’70s. I think it’ll always have that kind of influence. Joni Mitchell, Todd Rundgren, Harry Nilsson, McCartney – that’s the sort of stuff I’m really inspired and influenced by.”