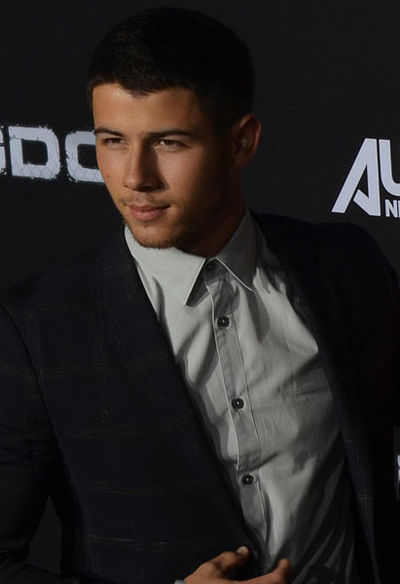 Nicholas Jerry "Nick" Jonas (born September 16, 1992) is an American singer, songwriter, and actor, best known as one of the Jonas Brothers, a pop rock band he formed with his brothers Kevin and Joe. The Jonas Brothers originally started as an attempted solo singing career for Nick Jonas, but the record producer liked the sound when his brothers sang backup for him. Nick previously starred in the Disney Channel original series Jonas L.A. as Nick Lucas, alongside his brothers. He also starred in the Disney Channel original movie Camp Rock and Camp Rock 2: The Final Jam. He formed the band Nick Jonas & The Administration, which released its first album in 2010. He also currently stars in the DirectTV drama series Kingdom which premiered on the Audience Network in the fall of 2014. On February 12, 2015, Jonas was named the host the 28th Annual Kids’ Choice Awards, which was broadcast from The Forum in Inglewood, California on March 28, 2015.

Nicholas Jerry Jonas was born in Dallas, Texas. His mother, Denise (née Miller), is a former sign language teacher and singer, and his father, Paul Kevin Jonas, Sr., is a songwriter, musician, and former ordained minister at an Assemblies of God church. He was raised in Wyckoff, New Jersey and homeschooled by his mother. Nick is of Italian (from a great-grandfather), German, English, Irish, Scottish, Cherokee, and French-Canadian descent. He has two older brothers, Kevin (born 1987), Joe (born 1989) and a younger brother, Frankie (born 2000).

Jonas's career started when he was discovered at the age of six in a barber shop, while his mother was getting her hair cut and was referred to a professional show business manager. At the age of 7, he began performing on Broadway. He had acted in several plays, including A Christmas Carol (in 2000 as Tiny Tim and Scrooge at eight), Annie Get Your Gun (in 2001 as Little Jake), Beauty and the Beast (in 2002 as Chip), and Les Misérables (in 2003 as Gavroche). After Les Misérables closed, he performed in The Sound of Music (as Kurt) at the Paper Mill Playhouse.

In 2002, while performing in Beauty and the Beast, Jonas wrote a song with his father called "Joy to the World (A Christmas Prayer)." With background vocals from the Beauty and the Beast cast, Nick recorded the song on the 2002 annual Broadway "Equity Fights AIDS" album, Broadway's Greatest Gifts: Carols for a Cure, Vol. 4. In November 2003, INO Records received a demo copy of "Joy to the World (A Christmas Prayer)". The label released the song to Christian radio, where it quickly became popular on Record & Radio's Christian Adult Contemporary Chart.

By September 2004, an executive at Columbia Records discovered Jonas' song. He was soon jointly signed to INO Records and Columbia Records and released the single "Dear God". A second single, "Joy to the World (A Christmas Prayer)" (a re-recorded version), was released on November 16. It was supposed to be followed by a December release of a self-titled solo album Nicholas Jonas, but the album was pushed back. It did, however, get a limited release. Nick, along with his brothers, Kevin and Joe, co-wrote songs for the album. In early 2005, Columbia Records' new president, Steve Greenberg, heard Jonas' record. While Greenberg did not like the album, he did like Nick's voice.

After meeting with Jonas and hearing the song, "Please Be Mine", written and performed by the brothers, Daylight/Columbia Records decided to sign the three as a group act. After being signed to Columbia, the brothers considered naming their group "Sons of Jonas" before settling on the name "Jonas Brothers." It's About Time, the brothers' first album was released on August 8, 2006. According to the band's manager, it was only a "limited release" of a little over 50,000 copies. Because Sony was not interested in further promoting the band, the Jonas Brothers considered switching labels. The band was ultimately dropped by Columbia Records in early 2007.

After shortly being without a label, the Jonas Brothers signed with Hollywood Records in February 2007. Around the same time, brothers began appearing in commercials for Baby Bottle Pops, singing the jingle. Their self-titled second album, Jonas Brothers, was released on August 7, 2007. It reached number five on the Billboard 200 chart in its first week. It has since sold over three million copies worldwide. On August 17, 2007, Jonas, along with his brothers, guest starred in an episode of Hannah Montana, which aired after the premiere of High School Musical 2 and the Disney Channel show Phineas and Ferb. The episode broke basic cable records with a record 10.7 million viewers and became basic cable's most watched series telecast ever.

Jonas' side project from the Jonas Brothers called Nick Jonas & the Administration released their debut album Who I Am was released February 2, 2010. In January 2010, Jonas embarked on the Who I Am Tour with the Administration. The tour consisted of 22 dates that began on January 2, 2010, in Dallas, Texas and concluded on January 30, 2010, in Berkeley, California. Jonas also toured with his brothers again in 2010. In September 2011 and October 2011, Nick Jonas & The Administration began touring through South America in support of their debut album, Who I Am.

On June 21, 2010, Jonas made his West End debut performing in Les Misérables for the second time, but this time as the role of Marius Pontmercy. Jonas was originally supposed to play the role for only three weeks, but was able to extend his run until July 24, 2010, because of changes in the Jonas Brothers tour schedule.

On March 6, 2012, the Jonas Brothers released a video on Twitter of them in their home studio, along with the hashtag "#JonasBrothers2012", suggesting that a reunion was occurring. Starting on August 19, 2012, the eldest Jonas brother will appear in an E! reality series alongside his wife Danielle and brothers Nick and Joe. "Married to Jonas" will document the young couple's domestic life as well as the brothers' recording efforts as they prepare to release their newest group album.

On May 1, 2012, it was announced that after 6 years with Hollywood Records, the Jonas Brothers had parted ways with their label. The band has bought back the rights to their master recordings, merchandising, and publishing, and plans to release their upcoming fifth album with a new label.

On July 4, 2012, Jonas joined his brother, Joe Jonas on stage and performed a collection of Jonas Brothers songs toghter at Philly's Fourth of July Jam. On July 18, 2012, he joined Demi Lovato in Los Angeles on stage at the Greek Theatre during her Summer Tour 2012 and performed the songs "Don't Forget" and "Catch Me" with her.

On October 9, 2013, the group cancelled their highly anticipated comeback tour days before it was slated to start, citing a "deep rift within the band" over "creative differences". Following the tour cancellation, the Jonas Brothers Twitter page went offline and the brothers' individual accounts became temporarily obsolete; causing several media outlets to report that a break-up was imminent. However, on October 23, 2013, Joe and Nick tweeted that they were "getting [ther] shit together" and asked fans to "bear with [them]". On 29 October 2013, the Jonas Brothers officially confirmed their split.

Singer and actress Miley Cyrus has stated that she dated Jonas from June 2006 to December 2007. Cyrus claimed they were "in love" and began dating soon after they first met. The song "Wedding Bells" by the Jonas Brothers was written by Nick. It was rumored that the song was based on his past relationship with Cyrus who, at the time of the song's release, was engaged to Liam Hemsworth. In 2009 Nick Jonas briefly dated fellow Disney star Selena Gomez after she appeared in the music video for the song "Burnin' Up" (performed by Jonas' band Jonas Brothers). Jonas dated Australian actress and singer Delta Goodrem in May 2011. They broke up in February 2012; Goodrem has said that it was a genuine love. As of August 2013 he is dating Miss Universe Olivia Culpo, whom he met at the 2013 Miss USA competition. 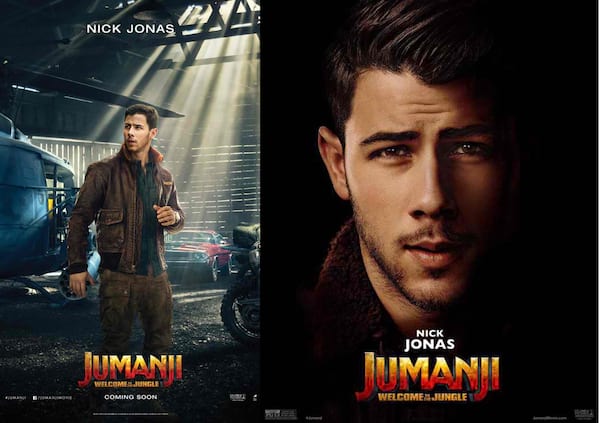 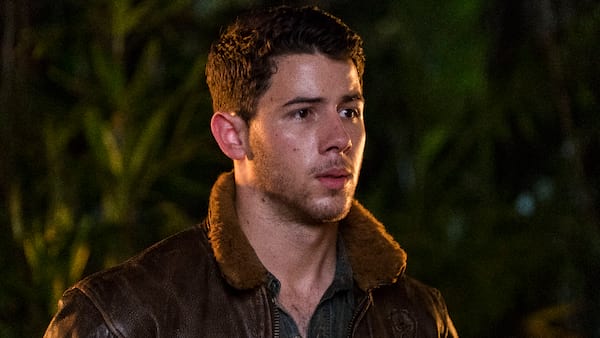 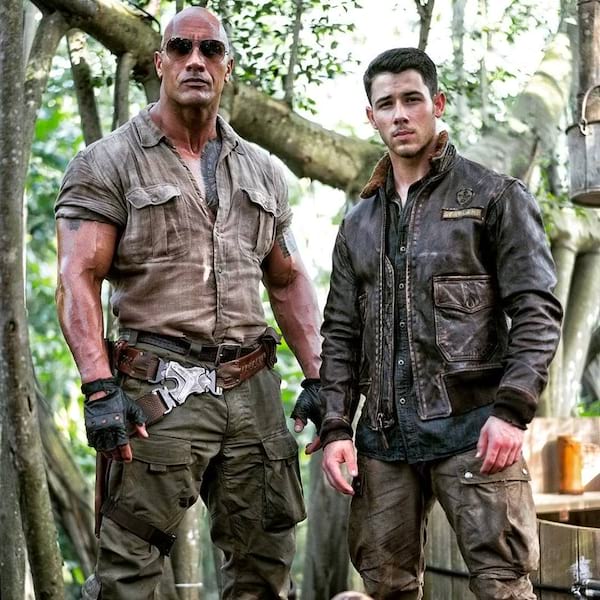 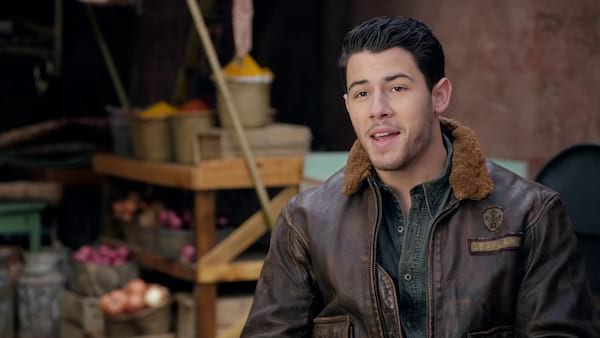 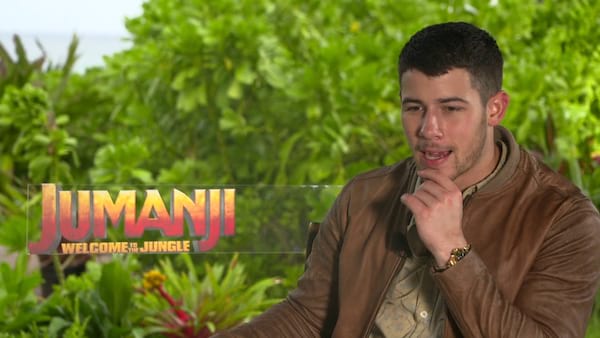