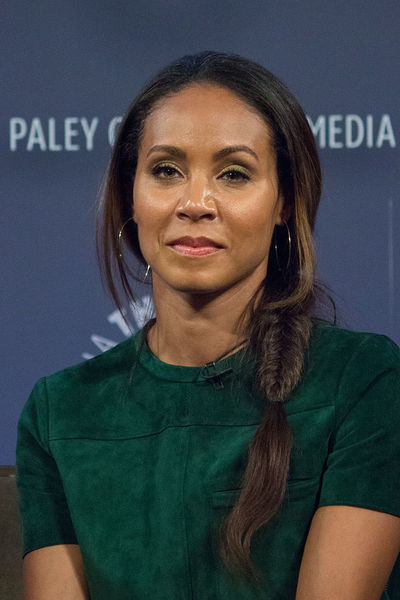 Jada Koren Pinkett–Smith (born September 18, 1971) is an American actress, dancer, singer-songwriter, and businesswoman. She began her career in 1990, when she made a guest appearance in the short-lived sitcom True Colors. She starred in A Different World, produced by Bill Cosby, and she featured opposite Eddie Murphy in The Nutty Professor (1996). She starred in dramatic films such as Menace II Society (1993) and Set It Off (1996). She has appeared in more than 20 films in a variety of genres, including Scream 2, Ali, The Matrix Reloaded, The Matrix Revolutions, Madagascar, Madagascar: Escape 2 Africa, and Madagascar 3: Europe's Most Wanted.

Pinkett Smith launched her music career in 2002, when she helped create the metal band Wicked Wisdom, for which she is a singer and songwriter. Smith also created a production company, in addition to authoring a book, published in 2004.

In 1997, she married actor Will Smith. They have two children, Jaden and Willow.

Born in Baltimore, Maryland, Jada Koren Pinkett was named after her mother's favorite soap-opera actress, Jada Rowland. Pinkett Smith is of African American and West Indian Portuguese (from Jamaica) descent. Her parents are Adrienne Banfield-Jones, the head nurse of an inner-city clinic in Baltimore, and Robsol Pinkett, Jr., who ran a construction company. Banfield-Jones became pregnant in high school; the couple married but divorced after several months. Banfield-Jones raised Pinkett with the help of her own mother, Marion Martin Banfield, a daughter of Jamaican immigrants, who was a social worker. Banfield noticed her granddaughter's passion for the performing arts and enrolled her in piano, tap dance, and ballet lessons. She has a younger brother, actor/writer Caleeb Pinkett.

Pinkett Smith has remained close to her mother and said, "A mother and daughter's relationship is usually the most honest, and we are so close." She also added: "[My mother] understood what I wanted and never stood in my way." She participated as the maid of honor in Banfield-Jones' 1998 wedding to telecommunications executive Paul Jones. Pinkett Smith has shown great admiration for her grandmother, saying, "My grandmother was a doer who wanted to create a better community and add beauty to the world."

Pinkett Smith attended the Baltimore School for the Arts, where she met and became a lifelong friend of classmate Tupac Shakur. When she met Shakur, she was a drug dealer. She majored in dance and theatre and graduated in 1989. She continued her education at the North Carolina School of the Arts, and became fully invested in pursuing her acting career. Jada moved to Los Angeles and stayed with LaVern Whitt, former stuntwoman, now producer and long time family/friend, who got her started in the industry. In Los Angeles, Pinkett Smith inquired about the choreographer position for the television series In Living Color, created by actor Keenen Ivory Wayans, whom she met through LaVern, but the job was already taken by Rosie Perez. LaVern helped her find an acting agent and got her started in the industry by introducing Pinkett Smith to many of her celebrity friends, including Wayans.

She began her acting career in 1990, when she starred in an episode of True Colors. She then appeared in a television pilot for a supernatural drama titled Moe's World that was never aired. She received guest roles in television shows such as Doogie Howser, M.D. (1991) and 21 Jump Street (1991). She earned a role on comedian Bill Cosby's NBC television sitcom A Different World in 1991, as college freshman Lena James.

In 1994, Pinkett Smith acted with Keenen Ivory Wayans in the action and comedy film A Low Down Dirty Shame. She described her character, Peaches, as "raw" with "major attitude", and her acting garnered positive reviews. The New York Times noted, "Ms. Pinkett, whose performance is as sassy and sizzling as a Salt-n-Pepa recording, walks away with the movie."

Following a role in Demon Knight (1995), Pinkett Smith co-starred with actor and comedian Eddie Murphy in the 1996 remake of The Nutty Professor. The film opened in 2,000 theaters and earned $25 million in its first weekend.

Next, Pinkett Smith had a role in Set It Off (1996), a crime drama about four women who rob banks to escape from poverty. With Queen Latifah, Vivica A. Fox, and Kimberly Elise, her acting in the film was noted in the San Francisco Chronicle where they named her as "the one to watch".

In 1997, Pinkett Smith had a cameo role in Scream 2 as Maureen Evans, a college student who is brutally murdered in front of hundreds of cinemagoers. The film made over $100 million at the US box office. In 2000, Pinkett Smith was cast in Spike Lee's film Bamboozled (2000), as Sloan Hopkins, a personal assistant to the main character portrayed by Damon Wayans. Although the film met with mediocre reviews, it won the Freedom of Expression Award by the National Board of Review.

Perhaps her best-known role to date is the part of human rebel Niobe in the films The Matrix Reloaded (2003) and The Matrix Revolutions (2003), and video game Enter The Matrix (2003) sequels to 1999's The Matrix. The character was written, specifically, with Pinkett Smith in mind. Directly after she filmed her scenes for Ali, Pinkett Smith flew to Australia to work on the Matrix sequels. The sequels earned over $91 million and $48 million during opening weekends, respectively.

In 2008, Pinkett Smith portrayed Alex Fisher, a lesbian author, in The Women. Pinkett Smith's directorial debut was The Human Contract; she also wrote and acted in the movie. Starring Paz Vega and Idris Elba, it debuted at the Cannes Film Festival in May 2008. In January 2009, she started working on the TNT medical drama Hawthorne, in which she was executive producer and a starring cast member. In September 2011, the show was cancelled by TNT, after three seasons. In spring 2012, Pinkett Smith launched a web series entitled Red Table Talks, with the first episode featuring her daughter and her mother, in order to encourage dialogue within families. Beginning in 2014, she starred in the first season of the Fox's crime drama Gotham as Gotham City gangster Fish Mooney. In 2016, she reprised her role as Mooney in many episodes of Gotham`s second and third seasons.

The band's self-titled debut album was released on February 21, 2006, by Pinkett Smith's production company 100% Womon and Suburban Noize Records. Will Smith served as the project's executive producer. The album made it to Billboard's Top Heatseekers chart, and peaked at number 44 during the week of March 11, 2006. AllMusic reviewer Alex Henderson said of the album, "[Pinkett Smith] shows herself to be an expressive, commanding singer" and that "[Wicked Wisdom] shows considerable promise". The band promoted the album in 2006, touring with heavy metal band Sevendust.

Jada met Will Smith in 1994 on the set of Smith's television show The Fresh Prince of Bel-Air, when she auditioned for the role of his character's girlfriend, Lisa Wilkes. She was considered too short and the role went to actress Nia Long. Jada and Will became friends, and began dating in 1995. On December 31, 1997, about 100 guests attended their wedding at The Cloisters, near her hometown of Baltimore, Maryland. Regarding her marriage, Jada said that they are "private people" and told one interviewer, "I will throw my career away before I let it break up our marriage. I made it clear to Will. I'd throw it away completely".

Will commented in 2008 on their parenting styles: "We're not strict but we definitely believe it's a very important component for rearing children. It creates safety for them. They understand that they need guidance." Jaden and Willow are currently being homeschooled. The family resides in a 27,000 square foot (2,500 m2) home, on 100 acres (40 ha), in Malibu. 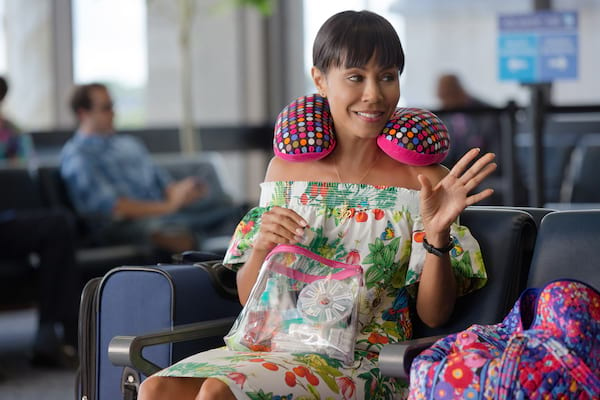 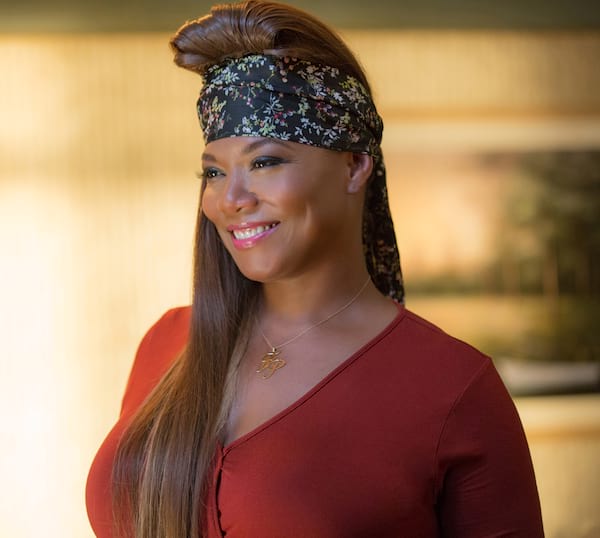 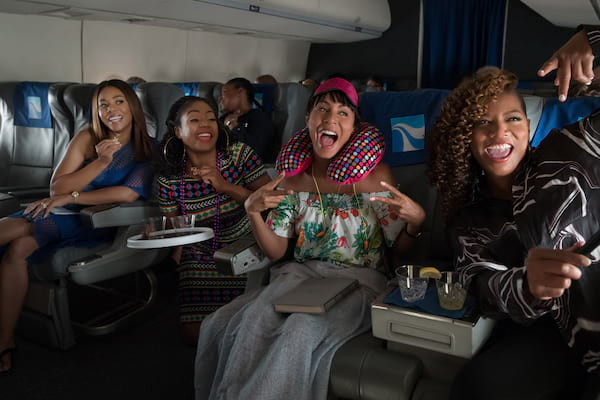