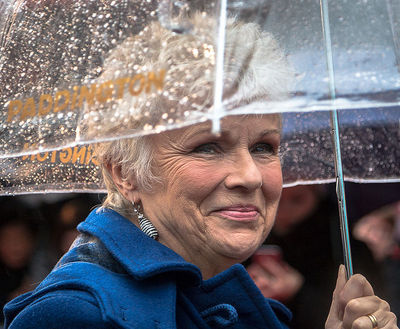 Walters first came to international prominence in 1983, for playing the title role in Educating Rita. It was a role she had created on the West End stage and it earned her an Academy Award nomination for Best Actress. It also won her a BAFTA and a Golden Globe. She received a second Academy Award nomination, this time for Best Supporting Actress, for her role in the 2000 film Billy Elliot, which also won her a BAFTA. Her other film roles include Personal Services (1987), Prick Up Your Ears (1987), Buster (1988), Stepping Out (1991), Calendar Girls (2003) and Mamma Mia! (2008). She has also played Molly Weasley in seven of the eight Harry Potter films (2001–2011). On stage, she won an Olivier Award for Best Actress for the 2001 production of All My Sons.

Walters was born in Smethwick, Staffordshire (now Smethwick, West Midlands), very close to Birmingham, to parents Mary Bridget (née O'Brien), a postal clerk of Irish Catholic extraction, and Thomas Walters, a builder and decorator. The youngest of three children and only girl, Walters had an early education at a convent school and later at Holly Lodge Grammar School for Girls on Holly Lane in Smethwick, although she was asked to leave at the end of her lower sixth because of her "high jinks". In an interview with Alison Oddey, Walters said about her early schooling: "I was never going to be academic, so [my mother] suggested that I try teaching or nursing [...] I'd been asked to leave school, so I thought I'd better do it."

Her first job was in insurance at the age of 15. At 18 she trained as a nurse at the Queen Elizabeth Hospital, Birmingham and worked on the ophthalmic, casualty and coronary care wards during the 18 months she spent there. Walters decided to leave nursing, and studied English and Drama at Manchester Polytechnic (now Manchester Metropolitan University) and pursued a career in the performing arts. Walters worked for the Everyman Theatre Company in Liverpool in the mid-1970s, alongside several other notable performers: Bill Nighy, Pete Postlethwaite, Jonathan Pryce, Willy Russell and Alan Bleasdale.

Walters first received notice as the occasional partner of comedienne Victoria Wood, whom she had briefly met in Manchester. The two first worked together in the 1978 theatre revue In at the Death, followed by the television adaptation of Wood's play Talent. They went on to appear in their own Granada Television series, Wood and Walters, in 1982. They have continued to perform together frequently over the years. The BAFTA-winning BBC follow-up, Victoria Wood As Seen on TV, featured one of Walters's best-known roles, Mrs. Overall in Wood's parodic soap opera, Acorn Antiques (she later appeared inthe musical version, and received an Olivier Award nomination for her efforts).

Before making her London stage debut in Educating Rita, Walters had worked in regional theatre, stand-up comedy and cabaret. Her first serious acting role on TV was in the classic Boys from the Blackstuff in 1982, and she broke into films with her Academy-Award-nominated, BAFTA Best Actress award-winning and Golden Globe Award Best Actress – Motion Picture Musical/Comedy award-winning performance opposite Michael Caine in Educating Rita (1983), a role she had created on the West End stage.

Walters' relationship with Grant Roffey, an Automobile Association patrol man, began after a whirlwind romance. The couple have a daughter, Maisie Mae Roffey (born 26 April 1988, City of Westminster, London), but did not marry until 1997, 11 years into their relationship, when they went to New York City. The couple live on an organic farm run by Roffey near Plaistow, West Sussex.