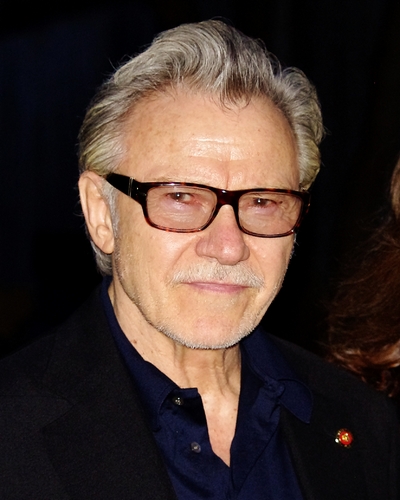 Harvey Keitel (born May 13, 1939) is an American actor and producer. Some of his most notable starring roles were in Martin Scorsese's Mean Streets and Taxi Driver, Ridley Scott's The Duellists and Thelma & Louise, Quentin Tarantino's Reservoir Dogs and Pulp Fiction,Jane Campion's The Piano, Abel Ferrara's Bad Lieutenant, and James Mangold's Cop Land. Along with actors Al Pacino and Ellen Burstyn, he is the current co-president of the Actors Studio, considered "the nation's most prestigious acting school".

Keitel was born in the New York City borough of Brooklyn, the son of Miriam (née Klein) and Harry Keitel, Jewish immigrants from Romania and Poland. His parents owned and ran a luncheonette and his father also worked as a hat maker.

Keitel grew up in the Brighton Beach section of Brooklyn, with his sister, Renee, and brother, Jerry. He attended Abraham Lincoln High School. At the age of sixteen, he decided to join the United States Marine Corps, a decision that took him to Lebanon, during Operation Blue Bat. After his return to the United States, he was a court reporter for several years and was able to support himself before beginning his acting career.

Keitel studied under both Stella Adler and Lee Strasberg and at the HB Studio, eventually landing roles in some Off-Broadway productions. During this time, Keitel auditioned for filmmaker Martin Scorsese and gained a starring role as "J.R.", in Scorsese's first feature film, Who's That Knocking at My Door (1967). Since then, Scorsese and Keitel have worked together on several projects.

In 2002 at the 24th Moscow International Film Festival, Keitel was honored with the Stanislavsky Award for the outstanding achievement in the career of acting and devotion to the principles of Stanislavsky's school.