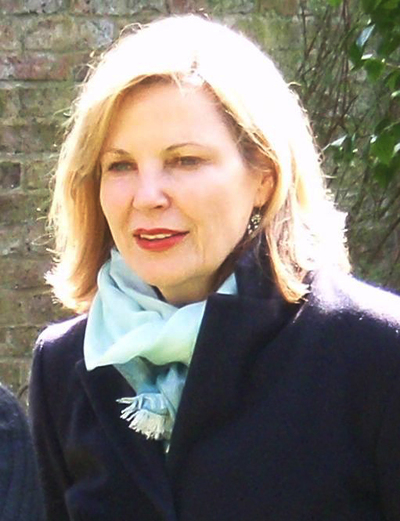 Lisa Eichhorn (born February 4, 1952) is an American actress, writer and producer. She made her film debut in 1979 in the John Schlesinger film Yanks for which she received two Golden Globe nominations. Her international career has included film, theatre and television.

Lisa Warren Eichhorn was born in Glens Falls, New York, on February 4, 1952, to Dorothy Elizabeth Golly and Frank Warren Eichhorn, and shortly thereafter moved to Westbury, Long Island, with her older brother and two half-sisters. In 1958, the family moved to Reading, Pennsylvania, where Eichhorn later attended Mt. Penn High School. At the end of her junior year, she left to study in Svolvær, Norway, as a Rotary International Exchange student, and graduated from Mt. Penn in absentia in 1970.

Eichhorn began college at the Queen’s University at Kingston, Ontario, taking a wide range of subjects. She quickly realized that her passion was in drama and English, and they became her concentration. She left Ontario after two years to study at St. Peter's College, Oxford, on a year-long Rotary International Ambassadorial Scholarship, though this was not as an admitted member of the University in Statu Pupillari.

While at Oxford, Eichhorn met Alan Rickman at a cocktail party. Rickman encouraged her to audition for London’s Royal Academy of Dramatic Art (RADA), where she was accepted in 1975.

Upon graduating from RADA in 1977, Eichhorn immediately began rehearsals for the Queen's Theatre, Hornchurch, playing Ophelia in Hamlet. This was followed by a wide range of regional work, including Stop the World - I Want to Get Off for the Queen’s Theatre, Rosalind in As You Like It at the Bolton Octagon, The Wings of the Dove for the BBC, and The Fatal Weakness opposite Elaine Stritch at the Theatre Royal, Windsor.

In December 1977, Eichhorn met with John Schlesinger for the role of Lancashire shop-girl Jean Moreton in his wartime romance, Yanks. She convinced him she was British and he gave her a screen test and, subsequently, the part. Although Eichhorn then felt duty-bound to tell Schlesinger she was actually American, he insisted that she was his choice regardless of her nationality. Eichhorn won two Golden Globe nominations for her performance in Yanks: Best Actress and Best New Star.

The day after filming wrapped on Yanks, Eichhorn flew to Boston to play Gertrude Wentworth in Merchant-Ivory’s The Europeans, for which she won a BAFTA nomination for Best Supporting Actress.

Eichhorn made a handful of London television appearances, then moved to Hollywood where she collaborated with actor Treat Williams on her first American film, Why Would I Lie? (originally titled The Fabricator). Around this time, Ivan Passer and Paul Gurian enlisted Eichhorn to play Maureen (Mo) Cutter in Cutter's Way (previously Cutter and Bone) with Jeff Bridges and John Heard. Eichhorn’s performance as Alex Cutter’s wistful, alcoholic wife was deemed “the most underrated performance of the decade” by the American Film Institute and earned her the Best Actress Award (American division) at the Deauville Film Festival.

In 1980, Eichhorn was cast opposite Gene Hackman in the low-budget Universal feature, All Night Long. Barbra Streisand’s then-agent, Sue Mengers, wanted a bigger outing for her husband, director Jean-Claude Tramont, and persuaded him to replace Eichhorn with Streisand on the film: three weeks into principal photography Eichhorn was fired from the project.

In the summer, Eichhorn travelled to Poland to shoot the CBS/TimeLife venture The Wall for Harry Sherman. She moved to Connecticut for the birth of her daughter in 1981, then returned to L.A. to play Margaret in The Hasty Heart opposite Kurt Russell. George Cukor came backstage after one performance and told her she was like Greta Garbo.

Eichhorn’s film work at this time included Wildrose and Opposing Force in L.A. and East Lynne, with Martin Shaw, and The Weather in the Streets, with Michael York and Joanna Lumley, for the BBC in London.

In 1984, Eichhorn starred in Golden Boy at the Royal National Theatre, London. She made her New York theatre debut opposite Nathan Lane in The Common Pursuit in 1986, while playing Elizabeth Carlyle on All My Children for a year.

Eichhorn was invited to be a Life Member of the Actors Studio in 1988. She shot the film Moon 44 for Roland Emmerich in Germany, then began a fruitful association with the Royal Exchange Theatre in Manchester, England, in Alex Finlayson’s award-winning Winding the Ball, under the direction of Greg Hersov.

Eichhorn met actor John Curless in 1976 when he substituted for her stage fighting instructor at RADA. They were married for a year and a half. While filming Cutter's Way in 1979, Eichhorn met makeup artist Ben Nye, Jr. They married in 1981, and had a daughter Emily Eichhorn-Nye. They divorced in 1986. In 1990, Eichhorn met Edward M. Ferguson III, whom she lived with in New York and Los Angeles, until 2000. Eichhorn met solicitor Richard Moxon when setting up her company, GiftHorse Productions, in 2003. They married in August 2006 and live outside London.