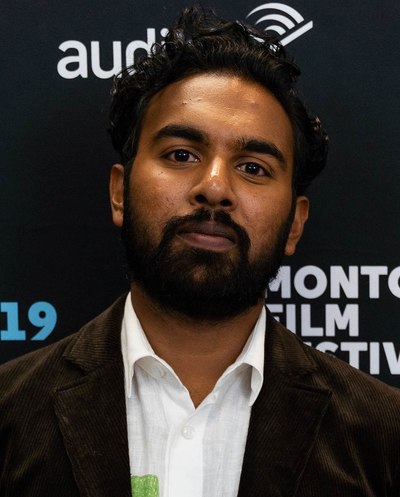 Himesh Jitendra Patel (born 13 October 1990) is a British actor, writer, and producer. He is known for his portrayal of Tamwar Masood on the British soap opera EastEnders as well as Jack Malik in the romantic comedy Yesterday (2019).

On October 13, 1990, Himesh Patel was born in Huntingdon, Cambridgeshire. His parents are both from Gujarat, India, but were born in Africa. His mother was born in Zambia and his father was born in Kenya. They later came to England via India. Patel's mother's favorite song is "Imagine" by John Lennon because it came out around the time she arrived in England.

He attended Prince William School & Sixth Form in Oundle, Northamptonshire. As a child, he would always be impersonating his favorite characters on television and film. When he was eleven, he was cast in a school play, This Is Your Life, Santa Claus, as Michael Aspel. His teacher found he had a talent for acting and told his parents about it. His parents then signed him up for a local theatre group, the Key Youth Theatre in Peterborough. Many teachers and staff remember him for his singing and sense of humor. He is said to be a "very polite, conscientious and quite serious" when he was younger. Later, he became a member of The Young Actor's Company in Cambridge. He attended Sunday film classes there.

His parents ran a newsagent's shop in Cambridgeshire. Patel had a paper route until he was twenty-one, something he notes he hated at the time. He spoke Gujarati around the house.

Patel liked indie rock and Bollywood music growing up. He had been taking piano lessons for years when he bought himself a £100 electric guitar and taught himself to play at thirteen He mentions "Everybody’s Got Something to Hide Except Me" and "My Monkey" being two of his favorite Beatles songs when he was younger.

He notes he was a socially awkward teenager, and remembers sometimes feeling lonely because of the cultural disconnect. He was one of two Indian guys in his school.

When he was sixteen, Patel got a call on the day of his GCSEs saying he landed an audition for the British soap opera EastEnders through an agency in The Young Actor's Company. He finished his last exam and had his parents rush him to his audition. After his first audition a casting assistant saw him waiting outside the audition room and asked him to read for the casting director. Patel got the part of Tamwar Masood, and October 1, 2007 marked his first appearance on EastEnders. In 2011 Patel and Meryl Ferdandes won the Inside Soap Award for Best Wedding.

Patel has also appeared in EastEnders: E20 as Tamwar. In 2011 he co-wrote episode one of season three with co-star Charlie G. Hawkins. In 2013 he filmed an internet spin-off of EastEnders called Tamwar Tales - The Life of an Assistant Market Inspector. Four episodes were aired weekly starting July 25, 2013. All four episodes and one behind-the-scenes clip are available on the EastEnders official website.

He played Tamwar for nine years until he left the show in 2016 to explore other opportunities. His last appearance was on April 22, 2016.

He has appeared in a few short films. In 2014, he was cast as Pavan in the short film Two Dosas. The short won several awards, including Best Short Comedy at the London Short Film Festival. In 2015, it won Best Comedy at the Aspen Film Festival. At the Shuffle festival, it won a third award with Danny Boyle as the judge. Patel would later work on Yesterday (2019) with Boyle as the director.

Patel portrayed The Suit in The Fox (2017), another comedy short by Henry Scriven.

On September 27, 2016, he made his first appearance on TV since leaving EastEnders in the first episode of the Channel 4 sitcom Damned. He played ex-constable and social worker Nintin for twelve episodes in two six-episode seasons. He appeared in Rapscallions (2016), a short film by Henry Scriven.

In 2017 he was cast in Don Juan in Soho as "Vagabond" with David Tennant playing the titular character. Patel played Amit in an episode of the BBC comedy Climaxed in the same year. He made a short appearance as Mr. Glencuddy in the second episode of the comedy Motherland.

He is credited as a producer for the 2017 feature film My Pure Land.

In 2019 he made his film debut with his breakthrough role as Jack Malik in Yesterday (2019). He sings live throughout the film, covering various songs by The Beatles. He is also going to appear in The Aeronauts (2019) alongside Felicity Jones and Eddie Redmayne. The film is currently in post-production.

Patel has been cast as Emery Staines in the The Luminaries, a mini-series based on the 2013 book by Eleanor Catton. The plot of the TV series will be different from the book.

According to an interview, Patel is working on his first original TV script with What Larks Productions. No new news has been released about it.

In 2020, Patel will appear as Jordan Hatwal in the comedy series Avenue 5, starring Hugh Laurie.