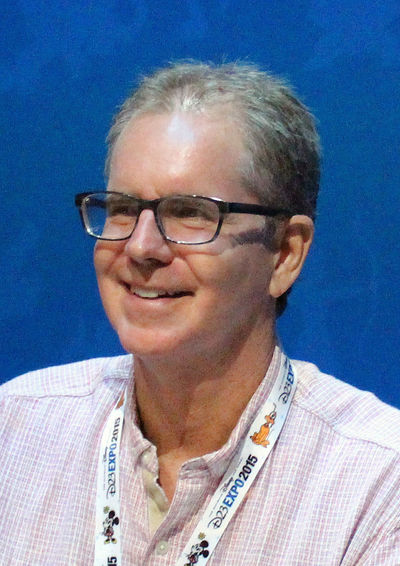 A native of Wichita, Kansas, Buck was inspired to explore animation by the first film he ever saw in a movie theatre as a child: Disney's Pinocchio. His family eventually moved to Placentia, California, where he graduated from El Dorado High School.

Buck studied character animation for two years at CalArts, where he also taught from 1988 to 1993. At CalArts, Buck became friends with both John Lasseter and Michael Giaimo, whom he would work with many years later on Frozen. He began his career as an animator with Disney in 1978.

Besides his work as a co-director on Tarzan and Frozen, Buck's other credits at Disney also include the 1995 animated feature Pocahontas, where he oversaw the animation of three central characters: Percy, Grandmother Willow and Wiggins. Buck also helped design characters for the 1989 animated blockbuster The Little Mermaid, performed experimental animation for The Rescuers Down Under (1990) and Who Framed Roger Rabbit (1988), and was an animator on The Fox and the Hound (1981).

Buck helped develop several films at Hyperion Pictures and served as a directing animator on the feature Bebe's Kids. He storyboarded Tim Burton's live-action featurette Frankenweenie (1984) and worked with Burton again as directing animator on the Brad Bird-directed "Family Dog" episode of Steven Spielberg's Amazing Stories and as director of the subsequent primetime animated series.

Buck's credits include a number of animated commercials (including some with the Keebler Elves) for such Los Angeles-based production entities as FilmFair, Kurtz & Friends, and Duck Soup.

Buck went on to co-direct Surf's Up at Sony Pictures Animation, which was released in June 2007.

In 2008, Buck's old friend Lasseter, by then Disney Animation's chief creative officer, persuaded him to come back to Disney from Sony. Around September 2008, Buck pitched three ideas to Lasseter, one of which was a fairytale musical version of The Snow Queen; Lasseter liked The Snow Queen idea and authorized Buck to proceed with development. After it was put on hold during 2010, the film was officially announced in December 2011 under the title Frozen, with a release date of November 27, 2013. In turn, Buck persuaded Giaimo to come back to Disney to serve as the film's art director, for which Giaimo would go on to win the Annie Award for Best Production Design in an Animated Feature Production.

In September 2014 it was announced that Buck and Lee would co-direct a short film based on the Frozen characters called Frozen Fever. It was released in spring 2015.

On March 12, 2015, Disney announced that Buck and Lee would co-direct a full length sequel to Frozen.

Buck is married to Shelley. They have three sons, Ryder, Woody, and Reed.

Their oldest son, Ryder, died at age 23 on October 27, 2013, in a car collision, when he was hit by two cars after his car broke down on the Glendale Freeway. Ryder was a singer and songwriter performing in his band Ryder Buck and the Breakers, and was recovering from a year-long battle with a Stage 4 testicular cancer. On March 2, 2014, upon accepting the Academy Award for Best Animated Feature for co-directing Frozen at the 86th Academy Awards, Buck dedicated the award to his son Ryder.

Reed lent his voice to Arnold, a little penguin from Surf's Up, directed by his father.