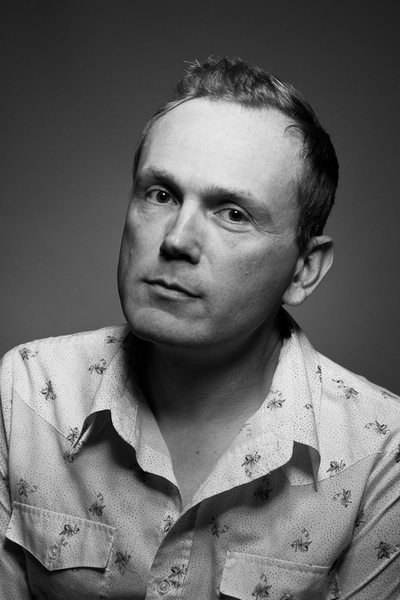 Pat Healy (born September 14, 1971) is an American film and television actor perhaps best known for his leading roles in Great World of Sound, Compliance, The Innkeepers and Cheap Thrills. He directed his first feature film, Take Me, in 2017.

Healy's career began at the Steppenwolf Theatre in Chicago, Illinois. He moved to Los Angeles in 1998, where he quickly landed a memorable supporting role in Paul Thomas Anderson's Magnolia as the pharmacist on the receiving end of Julianne Moore's profane meltdown. He has since appeared in over thirty feature films, including Ghost World, The Assassination of Jesse James by the Coward Robert Ford, Rescue Dawn, Captain America: The Winter Soldier, Draft Day, Harmony and Me, Dirty Girl, Snow Angels, Undertow, Pearl Harbor, and Home Alone 3.

In 2007, Healy played the lead in Great World of Sound, an independent film directed by Craig Zobel and produced by David Gordon Green. The film premiered at the Sundance Film Festival, and Healy was the recipient of the Atlanta Film Festival Best Actor Award. Healy also appeared in Zobel's follow-up, Compliance, as a prank caller that incites a series of disturbing events at a fast food restaurant. He starred in Ti West's horror film The Innkeepers and in Cheap Thrills, alongside Ethan Embry, Sara Paxton and David Koechner. The dark comedy, directed by E.L. Katz, won the Midnight Films Audience Award at South by Southwest in 2013 before its acquisition by Alamo Drafthouse.

On television, Healy has appeared on Six Feet Under, Star Trek: Enterprise, 24, Grey’s Anatomy, The Shield, CSI: Crime Scene Investigation, Without a Trace, NCIS, Cold Case, Charmed, CSI: Miami, Chicago Hope, NYPD Blue, and The Practice. He had a recurring role as the villain Sugalski on Eagleheart, as well as a celebrity guest appearance in Metalocalypse on Adult Swim.

In 2000, Healy wrote and directed the short film "Mullitt", starring himself, Michael Shannon and Henry Gibson. The film premiered at the 2001 Sundance Film Festival before being acquired by HBO. His feature scripts Snow Ponies and Strange Skies landed spots on the Black List in 2006 and 2007, respectively. He has also written three episodes of HBO's In Treatment, Weeks 1–3 of Walter (John Mahoney)'s sessions in Season Two.

Healy's feature directorial debut Take Me will premiere at Tribeca Film Festival in April 2017. The film was produced by Duplass Brothers Productions and stars Healy alongside Taylor Schilling. It was acquired by The Orchard for a May 2017 release.