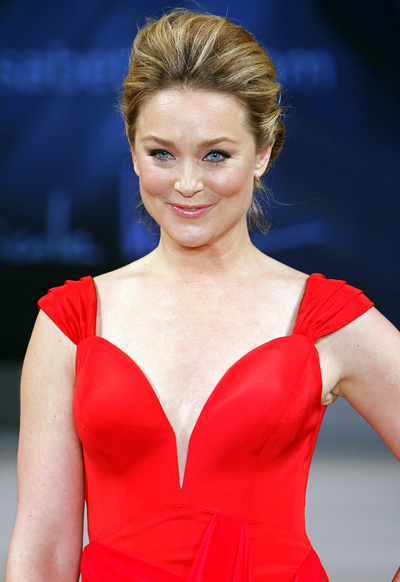 Röhm was born in Düsseldorf, West Germany, moving with her family to New York City before her first birthday. Her father, Eberhard Röhm, is a corporate lawyer and partner at Duane Morris. Her mother, Lisa Loverde, was an American scriptwriter who once wrote for the TV soap opera, Guiding Light.

Röhm received her first TV acting role in 1997, as Dorothy 'Dorf' Hayes in the American soap opera One Life to Live. She had a starring role in the 1999 BBC Northern Ireland mini-series Eureka Street, then portrayed recurring character Detective Kate Lockley in the first two seasons (1999 to 2001) of the TV series Angel. While appearing in Angel, Röhm also had a regular role in the only season (2000–01) of the Turner Network Television drama series Bull.

Röhm was long an avid equestrian, but gave up horseback riding after a 2005 accident that she spoke about in a 2011 episode of the Biography Channel series Celebrity Close Calls.

Röhm was engaged to director Austin Smithard in 2000. She has been in a relationship with entrepreneur Ron Anthony Wooster since 2005 and engaged since 2007. Röhm gave birth to their daughter, Easton August Anthony Wooster, on April 11, 2008.

Röhm has included a blog on her personal website, wherein she often writes about life with her daughter and fiancé. On January 6, 2011, People added Röhm's blog to the "Moms & Babies" section of its online site celebritybabies.people.com.