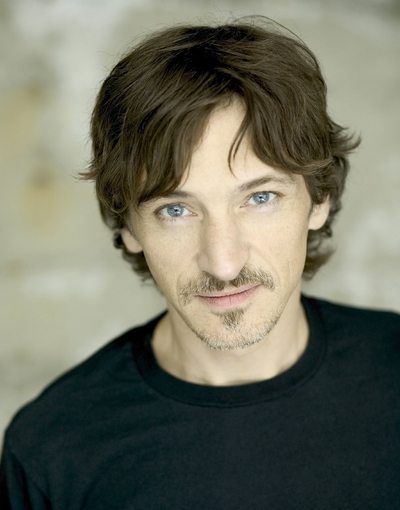 John Hawkes (born John Marvin Perkins; September 11, 1959) is an American film and television actor. He is known for his portrayal of the merchant Sol Star on the HBO series Deadwood, Dustin Powers on Eastbound & Down, Academy Award-nominated performance as the menacing backwoods meth addict "Teardrop" Dolly in Winter's Bone and his Golden Globe and Screen Actors Guild Award nominated portrayal of Mark O'Brien in The Sessions.

Hawkes was born John Marvin Perkins in Alexandria, Minnesota the son of Patricia Jeanne (née Olson) and Peter John "Pete" Perkins, a farmer of wheat, corn, hogs, and cattle. He was raised in a "pastoral, small city... a midwest Scandinavian community". Hawkes graduated from Jefferson High School and moved to Austin, Texas, where he was a member of the band Meat Joy, with Gretchen Phillips. He was also a member of the musical group King Straggler with fellow actors Rodney Eastman and Brentley Gore.

His first film role was in Future-Kill (1985), credited as John Perkins. He changed his stage name to John Hawkes because there was another actor named John Perkins.

Hawkes played the role of Greg Penticoff in season 1 of 24. He portrayed Dustin Powers, brother of protagonist Kenny Powers, all four seasons of the HBO series Eastbound & Down, and played Lennon on ABC's Lost.

His other film roles include Me and You and Everyone We Know, The Perfect Storm, American Gangster, Wristcutters: A Love Story, Martha Marcy May Marlene, and Lincoln.