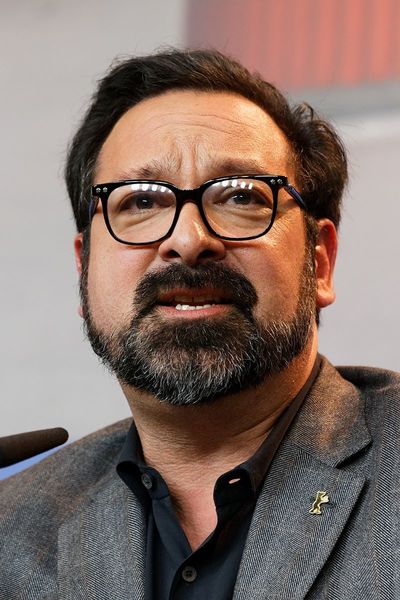 Mangold directed two superhero films based on the Marvel Comics character Wolverine, The Wolverine (2013) and Logan (2017). His writing work on Logan was nominated for the Academy Award for Best Adapted Screenplay.

Mangold was born in New York City in 1963, and is the son of artists Robert Mangold and Sylvia Plimack Mangold. His mother is Jewish and he describes himself as "half-Jewish." He was raised in New York State's Hudson River Valley and graduated from Washingtonville High School.

He was admitted into and later attended the California Institute of the Arts film/video program. While there, he mentored under Alexander Mackendrick. During Mangold's third year, Mackendrick suggested that he should study at CalArts School of Theater as an actor, alongside his regular film studies.

In 1985, Mangold secured a writer/director deal at Disney. He wrote a television movie and co-wrote the animated feature Oliver and Company. A few years later, Mangold moved to New York and applied to Columbia University's film school, where he graduated with an MFA in film. While there, he studied under Miloš Forman and developed both Heavy and Cop Land.

He has worked as a feature writer and director since 1995, when his first feature, the independent film Heavy, won the best directing prize at the Sundance Film Festival.

Mangold subsequently wrote and directed Cop Land (1997), starring Sylvester Stallone, Robert De Niro, Harvey Keitel, and Ray Liotta; Girl, Interrupted, which won the Best Supporting Actress Oscar in 1999 for Angelina Jolie; Kate & Leopold, starring Meg Ryan and Hugh Jackman, for which Jackman was nominated for a Golden Globe as best actor in a musical or comedy in 2001, and the 2003 thriller Identity which starred John Cusack.

In 2005, Mangold co-wrote (with Gill Dennis) and directed Walk the Line, a film about the young life of singer-songwriter Johnny Cash and his relationship with June Carter Cash. It stars Joaquin Phoenix and Reese Witherspoon and was released on November 18, 2005. He also served as producer under his production banner, Tree Line Film. It was nominated for five Oscars and Witherspoon won Best Actress for her performance as June Carter Cash. Mangold also appeared as an actor in The Sweetest Thing as a doctor and love interest to Christina Applegate as well as in his own Kate & Leopold playing a movie director.

In 2009, Mangold was signed by Universal Pictures to direct Juliet, based on a novel by the Danish author Anne Fortier. In 2011 Paramount acquired the rights of the movie with the writers Eyal Podell, Jonathon E. Stewart, Aryan Saha, Chad and Dara Creasey on board to develop the script.

In June 2011, Mangold was hired, initially just to direct the X-Men movie The Wolverine. Along with screenwriters Christopher McQuarrie, Scott Frank and Mark Bomback, Mangold also adapted the screenplay based upon Frank Miller and Chris Claremont's Japanese Wolverine saga and entered production in Japan and Australia in July 2012. He completed photography in November of the same year. On release, it was a box office success, ending up with a worldwide gross of $414,828,246 with a budget of $120 million, according to Box Office Mojo.

Following the box office success and moderate critical response to The Wolverine, Mangold signed on to write the story and direct the sequel, Logan (2017). The film marked Mangold and Jackman's third collaboration. Scott Frank was hired to return as co-screenwriter, working as a team with Mangold and Michael Green. The development of the film was lengthy, with Jackman citing his and Mangold's desire to do the character justice for his last time in the role. The film incorporated elements from Mark Millar's Old Man Logan run on the comics. Mangold has stated that the plot primarily focuses on character development, rather than superhero spectacle. Logan was a commercial success, and received high praise for its gritty approach on the titular character and emotional depth. Often called one of the greatest superhero films of all time, the movie also earned an Academy Award nomination for Best Adapted Screenplay, becoming the first live-action superhero movie to be nominated for Adapted Screenplay, as well as Mangold's first Oscar nomination.

In March 2017, Mangold was in negotiations with Fox to develop and direct an adaptation of Don Winslow's upcoming novel The Force about corrupt NYPD officers. In June 2017, Fox set a release date for The Force for March 1, 2019. Later in February 2018, it was announced that Mangold was set to direct a film about the 1966 24 Hours of Le Mans, with Christian Bale and Matt Damon starring as Ken Miles and Caroll Shelby respectively, and Jez Butterworth, John-Henry Butterworth and Jason Keller writing the script.

In 1999, he married film producer Cathy Konrad; they have 2 sons. First child Hudson Mangold hopes to play professional baseball In 2014, the couple announced that they were divorcing.