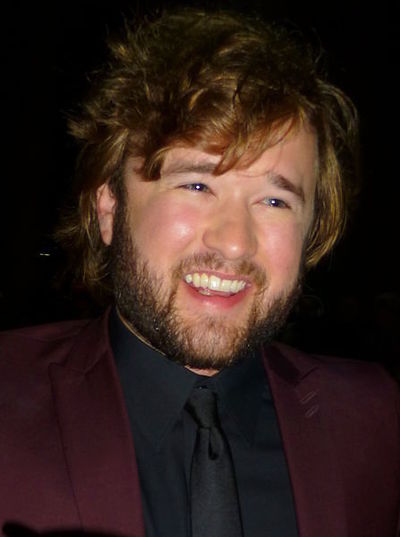 Haley Joel Osment (born April 10, 1988) is an American actor. After a series of roles in television and film during the 1990s, including a small part in Forrest Gump playing the title character’s son, Osment rose to fame for his performance as a young unwilling medium in M. Night Shyamalan's thriller film The Sixth Sense, which earned him a nomination for the Academy Award for Best Supporting Actor. He subsequently appeared in leading roles in several high-profile Hollywood films, including Steven Spielberg's A.I. Artificial Intelligence and Mimi Leder's Pay It Forward. He made his Broadway debut in 2008 in a short-lived revival of David Mamet's play, American Buffalo, starring John Leguizamo and Cedric the Entertainer. Osment is also well known for his voice-role of Sora and Vanitas in the Kingdom Hearts video games.

Osment was born in Los Angeles, California; the son of Theresa Osment (née Seifert), a teacher, and Michael Eugene Osment, a theater and film actor, both natives of Alabama. Osment was raised Roman Catholic. He has one sibling, a sister, actress Emily Osment, who is almost four years his junior. Osment's parents described his childhood as a “good old-fashioned Southern upbringing”. His father said that when Osment was learning to speak, he deliberately avoided using baby talk when communicating with his son.

Osment was a student at Flintridge Preparatory School in La Cañada, California. As a child, he played basketball, football, and golf, and wrestled.

Osment's acting career began at the age of four, when his mother took him to a new Ikea store and they encountered a talent scout looking for new actors. Osment put his name down and got called back for an audition. Asked to describe the biggest thing he had ever seen, Osment described an IMAX theater screen and won the part in a Pizza Hut TV commercial, advertising their "Big Foot" pizza. The commercial launched his career, and later that year he starred in the ABC TV sitcom Thunder Alley, his first role in series television. His first feature film role was as Forrest Gump's son, also named Forrest Gump, in the 1994 film of the same name. He also had a small part in another 1994 film, Mixed Nuts. Throughout the rest of the 1990s, Osment played regular and/or recurring roles in various TV series; including The Jeff Foxworthy Show and the final season of Murphy Brown, where he replaced Dyllan Christopher as Murphy's son, Avery.

In addition, he made numerous guest appearances on shows, including The Larry Sanders Show, Walker, Texas Ranger, Touched by an Angel, Chicago Hope, The Pretender, and Ally McBeal. He appeared in the 1996 film Bogus, alongside Whoopi Goldberg and Gérard Depardieu and the 1998 made-for-TV movie The Lake, as well as I'll Remember April (1999), with future The Sixth Sense co-star Trevor Morgan.

Osment first achieved stardom in 1999, when he appeared in The Sixth Sense, co-starring Bruce Willis. For his portrayal of Cole Sear, a psychic child, Osment won Saturn Award for Best Performance by a Younger Actor. He was also nominated for the Academy Award for Best Supporting Actor, becoming the second-youngest performer ever to receive an Academy nomination for a supporting role, but lost the final Oscar vote to Michael Caine (with whom he would later work, appearing together in Secondhand Lions). One of Osment's lines in The Sixth Sense, "I see dead people," became a popular catchphrase and is often repeated or parodied on television programs and in other media. The phrase is #44 on the American Film Institute's list of 100 Movie Quotes. He made three minor (voice-only) guest appearances on the animated TV series Family Guy in 2000 and 2001.

Osment is an avid golfer who began playing at the age of 7. He played for the U.S. team in the All Star Cup 2005, under team leader Mark O'Meara, and has participated in the Annual Michael Douglas & Friends Celebrity Golf Tournament.