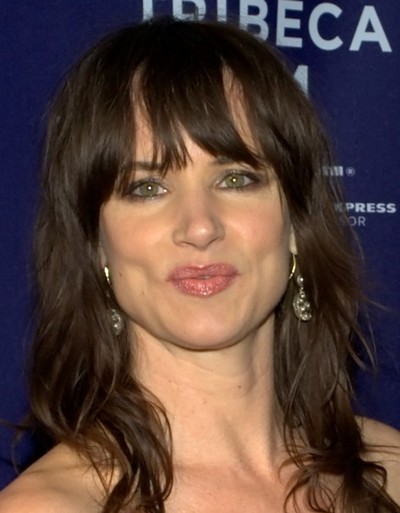 Juliette Lewis (born June 21, 1973) is an American actress and singer. She gained fame for her role in the 1991 thriller Cape Fear for which she was nominated for both an Academy Award and Golden Globe for Best Supporting Actress. This followed with major roles in What's Eating Gilbert Grape, Natural Born Killers, Strange Days, The Evening Star, Kalifornia, From Dusk Till Dawn, and The Other Sister. Her work in television has resulted in two Emmy nominations.

Lewis launched a career as a singer and musician, leading the American rock band, Juliette and the Licks, until 2009.

Lewis was born in Los Angeles, California, to Geoffrey Lewis, an actor, and Glenis Duggan Batley, a graphic designer. She has four siblings – brothers Lightfield (an actor who starred in The New WKRP in Cincinnati) and Peter; and sisters Deirdre and Brandy.

Lewis appeared in The Wonder Years as Wayne's girlfriend in Episodes 24, 34 and 36. She also played Audrey Griswold in National Lampoon's Christmas Vacation. Lewis first garnered international attention and acclaim in 1991 with her turn as Danielle Bowden in Martin Scorsese's remake of Cape Fear, for which she was nominated for an Academy Award for Best Supporting Actress in 1991.

From 1990 to 1993 Lewis dated Brad Pitt, who is ten years older. Lewis married professional skateboarder Steve Berra in 1999; they divorced in 2003.