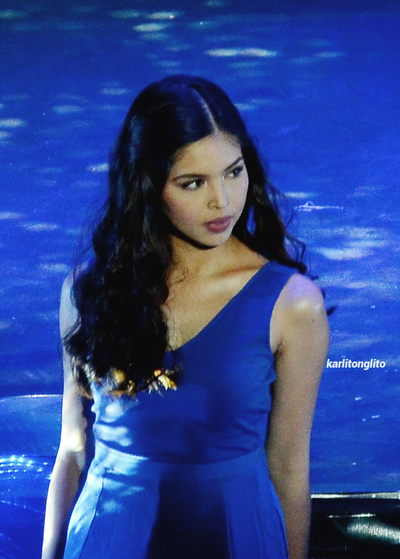 Nicomaine Dei Capili Mendoza (born March 3, 1995) is a Filipino actress, comedienne, host, television and Internet personality, writer, product endorser, and singer-songwriter. She is best known for her viral Dubsmash videos and her role as Yaya Dub in the noontime variety show Eat Bulaga! segment "Kalyeserye", previously aired on GMA Network and worldwide via GMA Pinoy TV. Her rise to fame is often described as phenomenal and unconventional due to the unscripted forming of AlDub love team in Eat Bulaga! on July 16, 2015 where she was paired with Alden Richards. AlDub is a portmanteau of Richards' first name and Mendoza's character in "Kalyeserye".

Beyond Eat Bulaga!, Mendoza featured in the 2015 film My Bebe Love: #KiligPaMore, for which she won Best Supporting Actress at the 41st Metro Manila Film Festival. She was the lead actress in the 2016 film Imagine You & Me, where she also wrote and sang its theme song. Mendoza has a passion for writing, having been a blogger even before she entered show business. In October 2017, she released her first autobiographical book entitled Yup, I Am That Girl., which is an unfiltered version of her personal blog Pessimistic Optimist Bella.

Maine Mendoza was born on March 3, 1995 in Santa Maria, Bulacan, Philippines to Mary Ann and Teodoro Mendoza. Mary Ann is an accountant who owns a number of gasoline stations in Bulacan while Teodoro is an engineer who ventures on road construction business. She has two brothers and two sisters. All of the names of her siblings also start with "Nico".

She finished her high school at St. Paul College of Bocaue in Bulacan. She completed a bachelor's degree in hotel, restaurant and institution management major in culinary arts at De La Salle-College of St. Benilde. She had her internship at The Sagamore in Bolton Landing, New York.

In the early part of 2015, Mendoza posted a Dubsmash compilation on Facebook, which she impersonated Kris Aquino that went viral with one million views overnight. This earned her the title "Queen of Dubsmash" in the Philippines. Subsequently, she was cast as Yaya Dub (also known as Divina Ursula Bukbukova Smash), the personal assistant of Lola Nidora (portrayed by Wally Bayola), on Eat Bulaga!'s "Juan For All, All For Juan" segment and first appeared on July 4, 2015. Her character in the segment was paired with fellow Eat Bulaga! co-host Alden Richards that was done without any script, on July 16, 2015, in the romantic-comedy sketch portion of the show titled "Kalyeserye." The couple became popularly known as AlDub, a combination of Richards' first name and Mendoza's character in "Kalyeserye." Their pairing resulted to their wide exposure and to the further increase of the TV ratings of Eat Bulaga! In November 2015, Mendoza joined the cast of Princess in the Palace as Chef Elize, her first appearance in an actual teleserye. In December 2015, she appeared as a guest star in the TV sitcom Vampire Ang Daddy Ko and in the Sunday noontime variety show Sunday PinaSaya.

Mendoza and Richards starred in a 2015 Metro Manila Film Festival (MMFF) entry entitled My Bebe Love #KiligPaMore together with Vic Sotto and Ai-Ai de las Alas. Jose Javier Reyes, the director of the film, confirmed the inclusion of Mendoza in the motion picture. Mendoza plays Anna Carillo, the stubborn and rebellious child of Vic Sotto's character. She was given the Best Supporting Actress award by the MMFF for her role.

In December 2015, they appeared in GMA Network's station ID commercial for Christmas. Even though she appears in GMA, she is not a member of the GMA Artist Center and her career is being managed by Triple A, the talent management arm of Antonio P. Tuviera who is the executive producer of Eat Bulaga!.

Mendoza participated in the Lenten season drama specials of Eat Bulaga! in March 2016. She reprised her role as Divina/Yaya Dub in Kaputol ng Buhay and starred as Dani in God Gave Me You where she won the Darling of the Screen award and was nominated for Most Dramatic Performance by a Lead Star in Eat Bulaga!'s 3rd EB Dabarkads Awards held on April 2, 2016. Mendoza and Richards starred in film Imagine You & Me as lead actors. Some of the scenes of the film were shot in Como, Italy.

In 2017, Mendoza and Richards starred in their first prime time television series Destined to be Yours where Mendoza played the role as Sinag Obispo, a radio DJ and the love interest of Benjie Rosales who is an architect played by Richards. In October 2017, Mendoza and Richards headlined in an Eat Bulaga! produced television film entitled Love is... with Adolf Alix Jr as the director. Since December 2017, Mendoza frequently appears playing different guest roles in Daig Kayo ng Lola Ko.

Mendoza and Richards have done a number of product endorsements while Mendoza also appeared in a number of advertisements by herself. She has appeared as the cover girl for Meg magazine and Preview magazine for November 2015. Mendoza and the cast of "Kalyeserye" segment were featured on YES! magazine's November 2015 issue. Mendoza and Richards appeared on the covers of Reader's Digest Asia, a special issue of YES! magazine, and Inside Showbiz and PeopleAsia in December 2015. Aside from being in the cover of PeopleAsia, Mendoza together with Richards received the People of the Year award in 2016 from the magazine. In recognition of Mendoza's effectiveness as a product endorser, she became the Trinitian Awardee for Most Valuable Female Advertising Endorser during Platinum Stallion Awards (Awards for Advertising) in 2016.

Mendoza and Richards were on the cover again of the January 2016 issue of YES! magazine. On the same month, the couple was the first showbiz personalities to land on the cover of BizNews Asia. In the 2016 calendar of Disney Channel Asia, Mendoza appeared as Elsa from the Disney film Frozen. Mendoza appeared in the February 2016 issue of Cosmopolitan magazine with Richards and Esquire Philippines with Jose Manalo, Wally Bayola and Paolo Ballesteros.

In July 2016, Mendoza together with Richards appeared on the cover of YES! magazine for the third time and led the magazine's list of Most Beautiful Stars of 2016. In the same month, Mendoza landed in the 21st rank of FHM Philippines' 100 Sexiest Women for 2016 as a new entry while in July 2017, she climbed a few notches higher and ranked as the 9th sexiest woman. For its 25th year anniversary, Mega Magazine named Mendoza as one of the Philippines' "25 iconic women" and she was one of the 25 different covers of their hard bound book Mega Stories. She was also featured on the cover of the Cosmopolitan Philippines magazine's 20th anniversary special.

According to Soltero Salazar of the Association of Philippine Advertisers in June 2017, Mendoza surpassed Kris Aquino as the top celebrity endorser in the Philippines. Soltero added that Aquino has been a top endorser since the 1990s but when she departed from ABS-CBN in 2017 making her rarely seen in television, the advertisers preferred Mendoza instead. With 30 product endorsements in 2016, Mendoza became a top endorser due to her popularity and wholesome image.

Mendoza has been maintaining a personal blog, the Pessimistic Optimist Bella, since 2012 and she revealed in April 2017 that she is planning to release a book in the latter part of 2017 and her blog is one of her inspirations in writing the book. According to her, the book, which will focus on her personal life, will have no ghostwriters as she will personally write the book herself. In October 2017, her first autobiographical book entitled Yup, I Am That Girl was published by Summit Media and was launched on October 26, 2017. The book's title is based on her Twitter account's bio and according to its short description, an unfiltered version of her personal blog. After the book launching was declared, the #YupIAmThatGirl trended on Twitter and book authors Lang Leav and Michael Faudet reacted positively to Mendoza's book. Her book was already sold out in just four hours after a bookstore announced its availability.

Mendoza wrote and interpreted "Imagine You and Me," the theme song for the 2016 movie of the same name. The music for the song is done by Vic Sotto with arrangements by Jimmy Antiporda. A duet version of the song was also released for the film.

As an Internet personality

Being the Philippines' most googled female personality in 2015 and 2017 most tweeted Filipino celebrity in the world, Mendoza is considered to have wide influence on the Internet and social media as recognized by award-giving bodies, earning her title as the Social Media Queen. She has also been nicknamed as The Phenomenal Star.

In October 2015, Mendoza's Twitter account became the third fastest growing profile, her followers increased to 1,094,813 in just a few months. Due to her popularity, her social media accounts were hacked twice. One of those hacks happened in November 2015 where her Twitter was taken by a group of hackers who identified themselves as Anonymous Philippines. They posted series of tweets promoting the Million Mask March. Despite hacking the account, they promised to return it to the rightful owner. In less than 24 hours, Mendoza was able to get hold of her social media accounts. 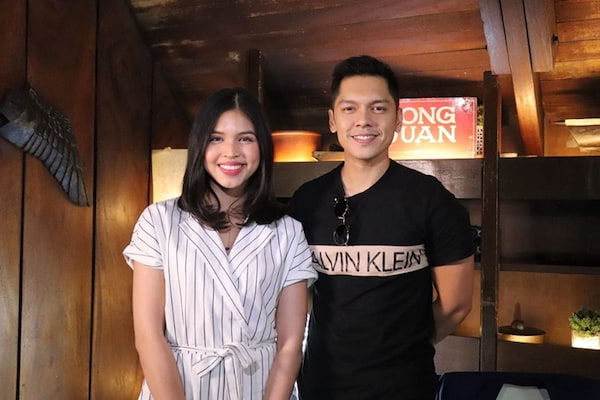