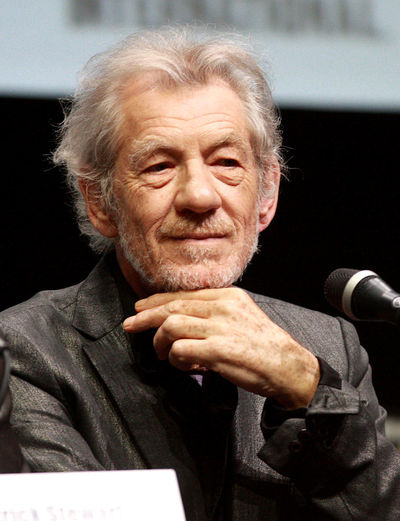 McKellen was appointed Commander of the Order of the British Empire in 1979, was knighted in 1991 for services to the performing arts, and was made a Companion of Honour for services to drama and to equality, in the 2008 New Year Honours. He was made a Freeman of the City of London in October 2014.

McKellen was born on 25 May 1939 in Burnley, Lancashire, the son of Margery Lois (née Sutcliffe) and Denis Murray McKellen, a civil engineer. He was their second child, with a sister, Jean, five years his senior. Shortly before the outbreak of the Second World War in September 1939, his family moved to Wigan. They lived there through the war and his early childhood. They relocated to Bolton in 1951, after his father had been promoted. The experience of living through the war as a young child had some lasting impact on him, and he later claimed that "only after peace resumed ... did I realise that war wasn't normal." In response to an interview question, when an interviewer remarked that he seemed quite calm in the aftermath of 11 September attacks, he said: "Well, darling, you forget—I slept under a steel plate until I was four years old."

McKellen's father was a civil engineer and lay preacher, and was of Scots-Irish and Scottish descent. Both of McKellen's grandfathers were preachers, and his great-great-grandfather, James McKellen, was a "strict, evangelical Protestant minister" in Ballymena, County Antrim. His home environment was strongly Christian, but non-orthodox. "My upbringing was of low nonconformist Christians who felt that you led the Christian life in part by behaving in a Christian manner to everybody you met." When he was 12, his mother died; his father died when he was 24. Of his coming out of the closet to his stepmother, Gladys McKellen, who was a member of the Religious Society of Friends, he said, "Not only was she not fazed, but as a member of a society which declared its indifference to people's sexuality years back, I think she was just glad for my sake that I wasn't lying anymore."

McKellen attended Bolton School (Boys' Division), of which he is still a supporter, attending regularly to talk to pupils. McKellen's acting career started at Bolton Little Theatre, of which he is now the patron. An early fascination with the theatre was encouraged by his parents, who took him on a family outing to Peter Pan at the Opera House in Manchester when he was three. When he was nine, his main Christmas present was a wood and bakelite, fold-away Victorian theatre from Pollocks Toy Theatres, with cardboard scenery and wires to push on the cut-outs of Cinderella and of Laurence Olivier's Hamlet.

His sister took him to his first Shakespeare play, Twelfth Night, by the amateurs of Wigan's Little Theatre, shortly followed by their Macbeth and Wigan High School for Girls' production of A Midsummer Night's Dream, with music by Mendelssohn, with the role of Bottom played by Jean McKellen, who continued to act, direct, and produce amateur theatre until her death.

When he was 18 years old, McKellen won a scholarship to St Catharine's College, Cambridge, where he read English literature.

While at Cambridge McKellen was a member of the Marlowe Society, appearing in Henry IV (as Shallow) alongside Trevor Nunn and Derek Jacobi (March 1959), Cymbeline (as Posthumus, opposite Margaret Drabble as Imogen) and Doctor Faustus. His first professional appearance was in 1961 at the Belgrade Theatre, as Roper in A Man for All Seasons, although an audio recording of the Marlowe Society's Cymbeline had gone on commercial sale as part of the Argo Shakespeare series.

After four years in regional repertory theatres he made his first West End appearance, in A Scent of Flowers, regarded as a "notable success". In 1965 he was a member of Laurence Olivier's National Theatre Company at the Old Vic, which led to roles at the Chichester Festival. With the Prospect Theatre Company, McKellen made his breakthrough performances of Richard II (directed by Richard Cottrell) and Marlowe's Edward II (directed by Toby Robertson) at the Edinburgh festival in 1969, the latter causing a storm of protest over the enactment of the homosexual Edward's lurid death.

In the 1970s and 1980s McKellen became a well-known figure in British theatre, performing frequently at the Royal Shakespeare Company and the Royal National Theatre, where he played several leading Shakespearean roles, including the titular part in Macbeth (which he had first assayed for Trevor Nunn in a "gripping...out of the ordinary" production, with Judi Dench, at Stratford in 1976), and Iago in Othello, in award-winning productions directed by Nunn. Both of these productions were adapted into television films, also directed by Nunn.

McKellen had taken film roles throughout his career—beginning in 1969 with his role of George Matthews in A Touch of Love, and his first leading role was in 1980 as D. H. Lawrence in Priest of Love, but it was not until the 1990s that he became more widely recognised in this medium after several roles in blockbuster Hollywood films.

In 1993, McKellen had a supporting role as a South African tycoon in the critically acclaimed Six Degrees of Separation, in which he starred with Stockard Channing, Donald Sutherland, and Will Smith. In the same year, he appeared in minor roles in the television miniseries Tales of the City, based on the novel by his friend Armistead Maupin, and the film Last Action Hero, in which he played Death.

Later that same year, he also appeared in the television film And the Band Played On, about the discovery of the AIDS virus, for which McKellen won a CableACE Award for Supporting Actor in a Movie or Miniseries and was nominated for the Emmy Award for Outstanding Supporting Actor in a Miniseries or a Movie. In 1995, he played the title role in Richard III, which transported the setting into an alternative 1930s in which England is ruled by fascists. The film was a critical success. McKellen co-produced and co-wrote the film, adapting the play for the screen based on a stage production of Shakespeare's play directed by Richard Eyre for the Royal National Theatre, in which McKellen had appeared. As executive producer he returned his £50,000 fee to complete the filming of the final battle. In his review of the film, Washington Post film critic Hal Hinson, called McKellen's performance a "lethally flamboyant incarnation", and said his "florid mastery ... dominates everything". His performance in the title role garnered best actor nominations for the BAFTA Award and Golden Globe, and won the European Film Award for Best Actor. His screenplay was nominated for the BAFTA Award for Best Adapted Screenplay.

McKellen and his first partner, Brian Taylor, a history teacher from Bolton, began their relationship in 1964. It lasted for eight years, ending in 1972. They lived in London, where McKellen continued to pursue his career as an actor. For over a decade, he has lived in a five-storey Victorian conversion in Narrow Street, Limehouse. In 1978 he met his second partner, Sean Mathias, at the Edinburgh Festival. This relationship lasted until 1988. According to Mathias, the ten-year love affair was tempestuous, with conflicts over McKellen's success in acting versus Mathias's somewhat less-successful career. Mathias later directed McKellen in Waiting For Godot at the Theatre Royal Haymarket in 2009. The pair entered into a business partnership with Evgeny Lebedev, purchasing the lease on The Grapes public house in Narrow Street.

In 2001, Ian McKellen received the Artist Citizen of the World Award (France).

In the late 1980s, McKellen lost his appetite for meat except for fish, and so mostly excludes it from his diet. 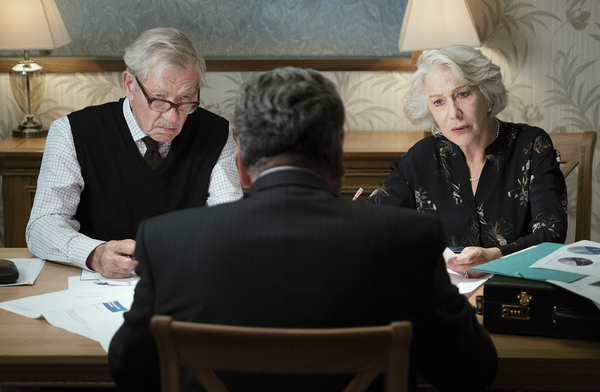 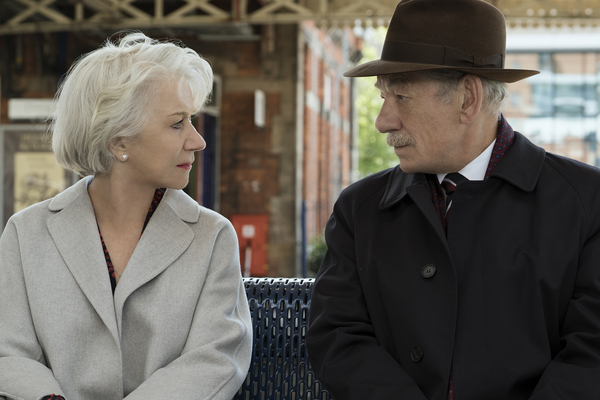 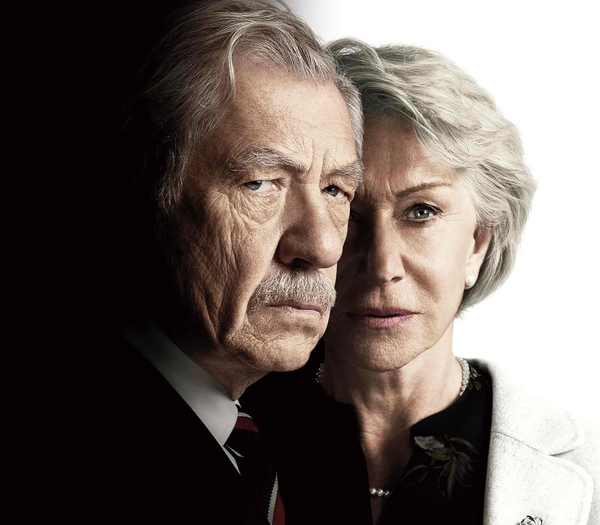 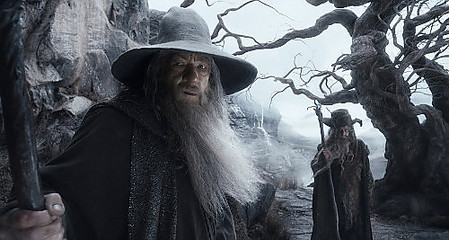 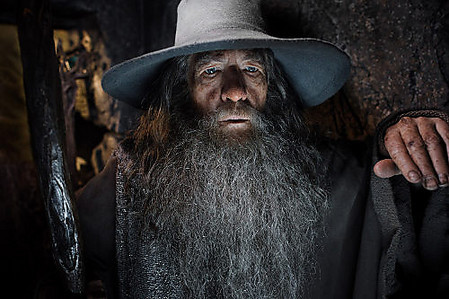 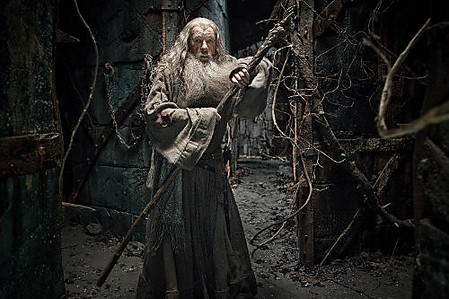