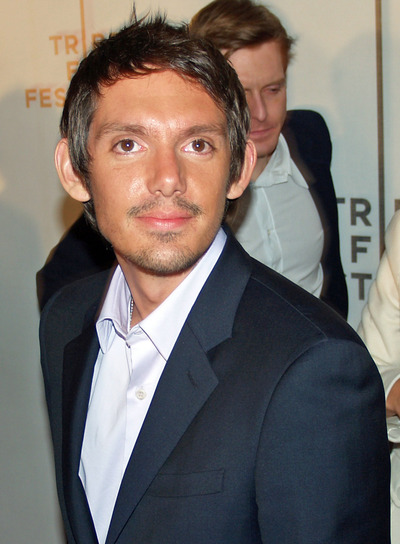 Lukas Daniel Haas (born April 16, 1976) is an American actor. His career has spanned three decades during which time he has appeared in more than 50 feature films, as well as a number of television shows and stage productions.

Haas was born in West Hollywood, California, the son of Emily Tracy, a writer, and Berthold Haas, an artist. His mother is a native of Texas, and his father emigrated from Germany. He has two brothers: twins Simon Jakoway Haas and Nikolai Johannes Haas, both designers [haasbrothers].

Haas was discovered at the age of five in his kindergarten by casting director Marjorie Simkin. His first screen role was as a child in the 1983 nuclear holocaust film Testament. He became more widely known in 1985 when, at the age of eight, he appeared in Witness. His performance as an Amish boy who is the sole witness to a police officer's murder was well received by critics. Haas followed this with roles in films such as Lady in White and Solarbabies. In 1989, he appeared in the film Music Box as the 12-year-old son of Jessica Lange, and grandson of the immigrant who was accused as a war criminal. For this role he was nominated for the award of young artists. He also starred in the films Alan and Naomi and Rambling Rose.

Haas received an Emmy nomination for his portrayal of Ryan White in the television movie The Ryan White Story, about an American teenager who contracted AIDS through contaminated blood treatments for hemophilia. On stage in 1988, he performed in Samuel Beckett’s Waiting for Godot at Lincoln Center in New York City. He went on to appear in Everyone Says I Love You, Mars Attacks!, and Breakfast of Champions. His work in the 2000s includes Brick, Last Days, and While She Was Out.

In March 2010, Haas was inducted into the Texas Film Hall of Fame. Recently he appeared in Red Riding Hood, Contraband and Christopher Nolan's Inception.

Haas is the drummer and pianist for The Rogues. He has composed parts of several film soundtracks, including Breakfast of Champions and Last Days, and performed as a guest musician on the Macy Gray album The Trouble with Being Myself and the Jet album Shaka Rock. In 2008, he released a solo EP. He appeared in the music videos for OutKast's "Roses," My Chemical Romance's "Welcome to the Black Parade," UGK's "International Player's Anthem (I Choose You)," Death Cab For Cutie's "Cath…," and Jet's "She's a Genius".