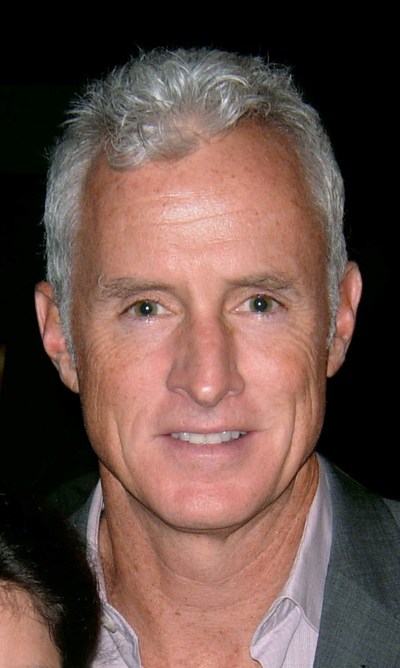 John M. Slattery, Jr. (born August 13, 1962) is an American actor and director. He is best known for his role as Roger Sterling in the AMC drama series Mad Men. He has received four Primetime Emmy Awards nominations and two Critics' Choice Television Awards for AMC's series Mad Men. He was also part of the Mad Men ensemble cast that won two SAG Awards.

In 2013, Slattery directed his first feature film, God's Pocket (2014), which he co-wrote with Alex Metcalf. The film, based on a 1983 novel of same name by Pete Dexter, premiered at the 2014 Sundance Film Festival, and was picked up for distribution by IFC Films.

Slattery was born in Boston, Massachusetts, to Joan (née Mulhern), a retired CPA, and John "Jack" Slattery, a leather merchant. He is one of six children. Slattery is of Irish descent and was raised Roman Catholic. He attended high school at St. Sebastian's School in Needham, Massachusetts, and received a Bachelor of Fine Arts from The Catholic University of America in 1984.

Slattery said when he was younger he loved both TV and movies, staying up late to watch them and making it very hard to wake up in the morning. As a young boy, he dreamed of being a baseball player.

Apart from his role on Mad Men, Slattery is also known for roles such as union organizer Al Kahn on Homefront; Senator Walter Mondale in the HBO miniseries From the Earth to the Moon; as political adviser Tommy Flannigan in the HBO series K Street; guest appearances as Will Truman's brother Sam on Will & Grace; as Michael Cassidy, Amy's estranged husband, on Judging Amy; politician Bill Kelley on Sex and the City; principal Dennis Martino on Ed; and college president Peter Benedict on Jack and Bobby. In March 2007, he began a series of appearances on Desperate Housewives portraying Victor Lang, Gabrielle Solis's (Eva Longoria) second husband, until his character's death in Season 4. In December 2009, Slattery appeared on The Colbert Report in a faux commercial advertising gold.

Slattery played Paul Moore, boyfriend of Katherine Watson (portrayed by Julia Roberts) in the film Mona Lisa Smile, and he portrayed Howie in David Lindsay-Abaire's play, Rabbit Hole. He had a small part as a teacher in the film Sleepers. He also appeared as a government promoter in the Clint Eastwood feature Flags of our Fathers and as CIA official Henry Cravely in Charlie Wilson's War. He was cast as Bert Miller, father of the leading female character, in Dirty Dancing: Havana Nights, and in The Adjustment Bureau played Richardson, a mid-level agent in the mysterious paranormal agency called the Bureau. Slattery narrates the audiobook version of Don Delillo's 2007 novel Falling Man, Stephen King's 2008 psychological horror novel Duma Key, and Ernest Hemingway's 1929 novel A Farewell to Arms.

In 2015, Slattery portrayed journalist Ben Bradlee Jr. in the Golden Globe-nominated drama film Spotlight, and also appeared in the Netflix comedy series Wet Hot American Summer: First Day of Camp, for which he earned a nomination for the Critics' Choice Television Award for Best Guest Performer in a Comedy Series.

Slattery is an avid athlete who both skis and surfs. He married actress Talia Balsam in 1998, and together they have a son, Harry.