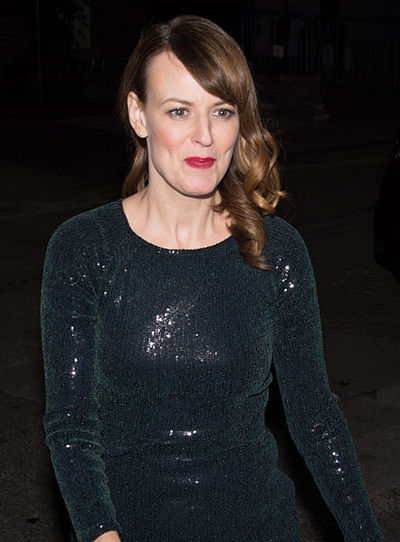 Rosemarie Braddock DeWitt (born October 26, 1974) is an American actress. DeWitt played Emily Lehman in the Fox television series Standoff, co-starring with her husband Ron Livingston, from 2006 through 2007, and played Charmaine Craine on United States of Tara. She also was the title character in 2008's Rachel Getting Married, garnering several awards and nominations for best supporting actress.

DeWitt was born in Flushing, Queens, New York, the daughter of Rosemarie Braddock and Kenny DeWitt. She is a granddaughter of boxer James J. Braddock, and played the role of neighbor "Sara Wilson" in the movie Cinderella Man, which depicted James J. Braddock's life.

DeWitt lived in Hanover Township, New Jersey and is a graduate of Whippany Park High School. She performed in several high school productions. She attended the New College at Hofstra University where she received a Bachelor of Arts in creative studies. While at Hofstra University, she also joined Alpha Phi. She had additional training at The Actors Center in New York.

DeWitt performed in numerous off Broadway plays. Most notably, she starred in John Patrick Shanley's Danny and the Deep Blue Sea at the Second Stage Theatre.

DeWitt appeared in Showtime's series United States of Tara as Tara's sister, Charmaine. She appeared in Season 1 of the AMC series, Mad Men, as Midge Daniels, lead character Don Draper's bohemian mistress, and returned for one episode in Season 4.

DeWitt is featured in the film, Margaret opposite Anna Paquin and Mark Ruffalo. Additional film credits include Purple Violets, Off the Black, Shut Up and Sing, The Great New Wonderful, Blackbird and How I Got Lost.

She married actor Ron Livingston, her co-star in Standoff, on November 2, 2009, in San Francisco. In May 2013, Rosemarie and husband Ron announced that they had welcomed a daughter to their family via adoption. Gracie James Livingston was born on April 29, 2013.