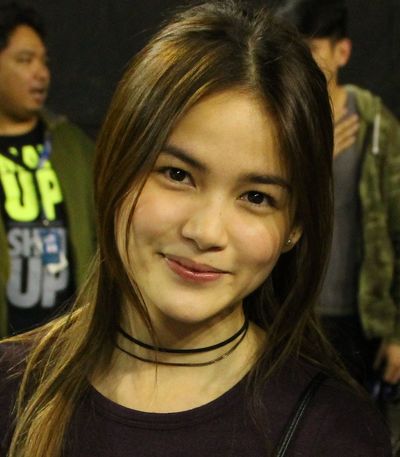 Elisse Joson was born in Balanga City, Bataan, Philippines. She is the only daughter of Christine Joson-Diuco, an anesthesiologist, a single mother and estranged father. She attended Bataan Montessori School during her elementary school years.

At a young age of 7, Joson attended various acting and singing workshops where she was deemed to be shy. Joson's family later migrated from the Philippines to the United States and lived there for a few years. She attended Inderkum High School during her high school years in Sacramento, California. While living there, she experienced bullying for not being able to speak English fluently. This experience, however, allowed her to gain confidence in herself. Upon moving back to Manila, she used this newly found confidence and fully pursued her passion for acting. At 16, she then became one of ABS-CBN network's pool of Star Magic artists.

She is currently studying AB Fashion Design and Merchandising at De La Salle-College of Saint Benilde. Her interest for fashion is influenced by the works of Alexander McQueen.

Joson began in the local entertainment industry at the age of 16. In 2013, she became a familiar face as she appeared in various shows and dramas as a supporting actress, such as Cheska in the daytime television series "Be Careful With My Heart". She also starred as Erica in the primetime TV series Sana Bukas pa ang Kahapon starring Bea Alonzo and Paulo Avelino.

In 2014, she starred as one of the 'mean girls' in the teen romantic, comedy-drama film, "She's Dating the Gangster" starring Kathryn Bernardo and Daniel Padilla.

In 2015, she made her first digital movie (Indie film) "Saranghaeyo #Ewankosau" with Barbie Forteza and Francis Magundayao. The film recognized her as one of the nominees for the 'New Movie Actress of the Year' category in the 32nd PMPC Star Awards for Movies.

She then became a part of the teen-oriented show "Luv U" as Divina and the primetime television series "You're My Home" as Alexis Madrigal.

Her biggest break in the entertainment industry was her McDonald's Philippines TV ad in 2016. The fast food chain's campaign, "Tuloy Pa Rin," promoted the concept of welcoming change and moving forward after a heartbreak to ultimately become a stronger and more independent individual. Due to its relatable "hugot" appeal, the ad went viral worldwide. It currently holds almost 2 million views on YouTube. In the same year, Joson became a part of the "lucky" group of housemates in the reality TV series Pinoy Big Brother: Lucky Season 7.

She and her on-screen partner and rumored suitor Mccoy De Leon currently stars in the primetime TV series FPJ's Ang Probinsyano. She plays the role of Lorraine, the cousin of SPO2 Jerome Gerona Jr. played by John Prats. Also in 2017 she had a drama serye called (the good son) starring Joshua Garcia, McCoy De Leon, Jerome Ponce and Nash Aguas.