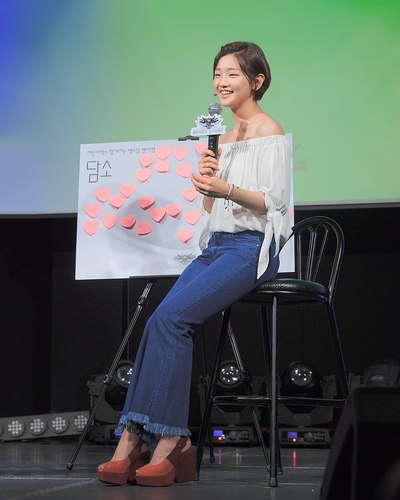 When Park was in high school, she watched the musical Grease and developed an interest in acting. While in university, Park kick-started her career but after being rejected in around seventeen auditions, she began turning to independent films. Known as a prolific performer in independent titles, Park starred in the Korean Academy of Film Arts feature Ingtoogi: Battle of the Internet Trolls and the indie Steel Cold Winter, which drew notice when it premiered at the Busan International Film Festival. Park also took on bit parts in mainstream titles Scarlet Innocence and The Royal Tailor.

She broke into the mainstream in 2015 after making a strong impression with her performance in The Silenced, which nabbed her a win for Best Supporting Actress from the Busan Film Critics Awards. She then featured in box office hits Veteran and The Throne (film), which led to her casting in the critically acclaimed mystery thriller The Priests. Her role as an evil possessed high school student won her multiple Best New Actress nods.

Park also extended her filmography to television. In 2016, she took on the lead role in KBS2's medical drama Beautiful Mind and tvN's romantic comedy series Cinderella with Four Knights.