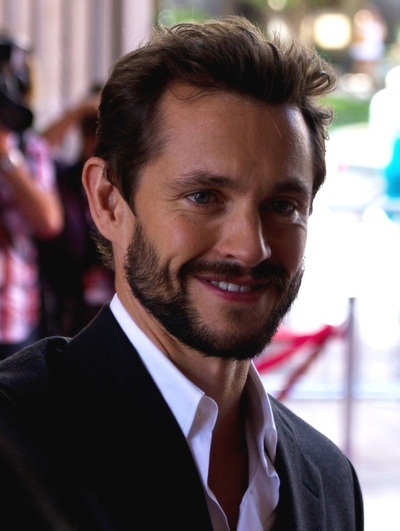 Dancy was born in Stoke-on-Trent, Staffordshire, and raised in Newcastle-under-Lyme. His mother, Sarah Ann (née Birley), works in academic publishing. His father is philosophy professor Jonathan Peter Dancy, who teaches at the University of Reading and at the University of Texas at Austin. From the age of 5 to the age of 10, Dancy was educated at Edenhurst Preparatory School in Newcastle-under-Lyme. At age 10, Dancy attended boarding school at the Dragon School in Oxford, then at 13 at Winchester College. At 18, Dancy acted in the Winchester College Players production of Twelfth Night which was performed in both Winchester and at the Minack Theatre in Cornwall. He went on to study English at St Peter's College, Oxford.

After graduation, Dancy moved to London, where a chance conversation in a cafe led to his meeting casting director Ros Hubbard and agent Dallas Smith, who signed him.