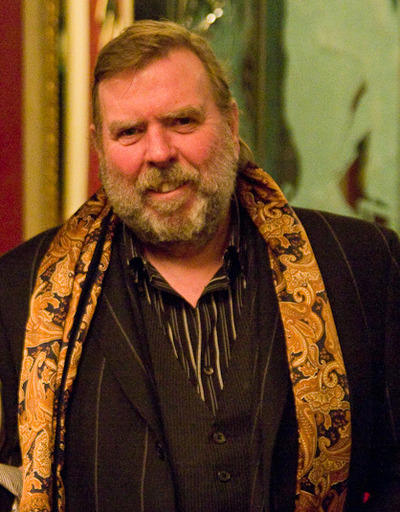 Timothy Leonard Spall, OBE (born 27 February 1957) is an English character actor and occasional presenter. Some of his more high-profile roles include Peter Pettigrew in the Harry Potter film series, Winston Churchill in the The King's Speech (2010), Peter Taylor in The Damned United (2009), Beadle Bamford in Sweeney Todd: The Demon Barber of Fleet Street (2007) and his own documentary Timothy Spall: Back at Sea (2010–2012). He also had a lead role in the Palme d'Or winning, five-time Academy Award nominated 1996 film, Secrets & Lies, and had a supporting role in The Last Samurai, released in 2003 and played the lead role in Pierrepoint which was released in 2005.

Spall, the third of four sons, was born in Battersea, South London. His mother, Sylvia R. (née Leonard), was a hairdresser, and his father, Joseph L. Spall, was a postal worker. He trained at the National Youth Theatre and RADA, where he was awarded the Bancroft Gold Medal as the most promising actor in his year. His brother, Matthew, is studio director of the computer games company Morpheme. Another brother, Richard, is the landlord tenant of the Astolat public house in Guildford.