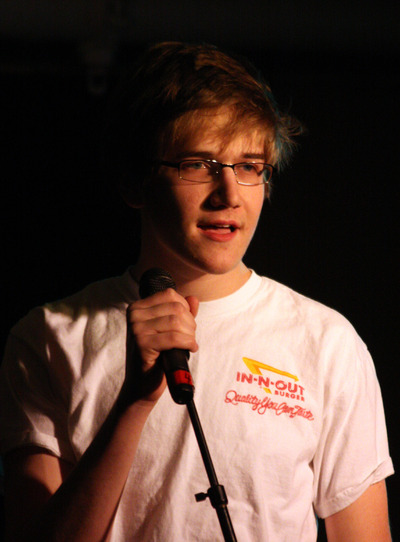 Bo Burnham was born the youngest of three on August 21, 1990, to Patricia and Scott Burnham.

In February 2008, Patricia was a staff nurse at Burnham's school, and Scott owned a North Shore, Massachusetts, construction company. Their two older children, Pete and Samm, were concurrently enrolled in their third and second years at Cornell University and Suffolk Law School, respectively.

Burnham attended the all-boys Catholic high school, St. John's Preparatory School in Danvers, Massachusetts, where he was on the school honor roll and was involved in theatre and the campus ministry program. The school's assistant principal, Wendy Olson, remarked in a February 2008 interview that while "[t]he Bo on YouTube is not the Bo we see around here, [...] no one at St. John's is surprised at his creativity or that he's pursuing his dream, which is to make a name for himself." Burnham graduated from St. John's in the Spring of 2008.

Burnham applied to New York University (NYU), University of Southern California (USC), and Yale University, and was accepted to NYU's Tisch School of the Arts. Although expected to begin attending in Autumn 2008, he deferred his enrollment for a year to focus on his burgeoning media career. Burnham later related that his first year on tour while friends had gone to college made him"[want] to fucking die. I'd be on the road, in South Dakota, looking on Facebook at all my friends at parties."

Burnham has performed his music in the United States, including Cobb's Comedy Club, YouTube Live inSan Francisco, Caroline's Comedy Club in New York City, and internationally in London and Montreal. In August 2010, Burnham was nominated for "Best Comedy Show" at the 2010 Edinburgh Comedy Awards—"the world’s most prestigious comedy prize" with a £10,000 cash prize—after his inaugural performance (of Bo Burnham: Words, Words, Words) at the 2010 Edinburgh Fringe Festival. He was instead awarded the "Panel Prize"—carrying a £5,000 prize—for "the show or act who has most captured the comedy spirit of the 2010 Fringe."

As of August 2010, Burnham was reported to be dating a girl from "a nearby suburban town". Subsequently, in an interview conducted at the 2011 Cat Laughs Comedy Festival in Kilkenny, Burnham revealed that he has had a "girlfriend for five years".