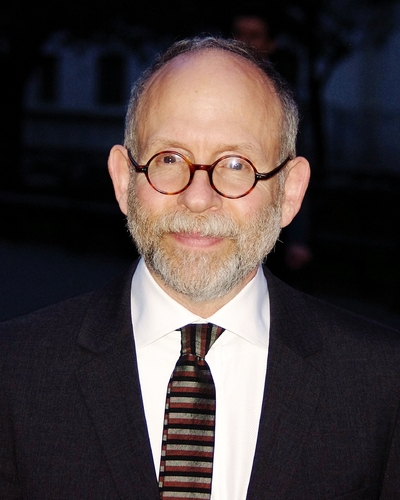 Balaban was born in Chicago, Illinois, the son of Eleanor (née Pottasch) and Elmer Balaban, who owned several movie theatres and later was a pioneer in cable television. His mother acted under the name Eleanor Barry. His uncles were dominant forces in the theatre business; they founded the Balaban and Katz Theatre circuit in Chicago, a chain which included the Chicago and Uptown Theatres. Balaban and Katz operated some of the most beautiful movie palaces in the United States beginning in the 1920s. Balaban's father and uncle Harry founded the H & E Balaban Corporation in Chicago, which operated its own movie palaces including the Esquire Theatre in Chicago. They later owned a powerful group of television stations and cable television franchises. His uncle Barney Balaban was president of Paramount Pictures for nearly 30 years from 1936 to 1964. His maternal grandmother's second husband, Sam Katz, was a vice president at MGM beginning in 1936. Sam had been early partners with Bob's uncles Abe, Barney, John, and Max in forming Balaban and Katz. Sam also served as President of the Publix theatre division of Paramount Pictures.

Balaban began his college career at Colgate University where he joined Phi Kappa Tau Fraternity and then transferred to New York University. He lives on the Upper West Side of Manhattan with his family. He is Jewish. His paternal grandparents immigrated from Russia to Chicago.

One of his earliest appearances in film was in 1969's Midnight Cowboy. Prior to that, he filled the role of "Linus" in the original off-Broadway production of You're A Good Man, Charlie Brown in 1967. Among his early roles in the 1970s were those of Orr in Catch-22 and the interpreter David Laughlin in the 1977 Steven Spielberg science fiction film Close Encounters of the Third Kind. In 1979 he received a Tony Award nomination for his role in The Inspector General. During the 1980s he appeared in films such as Altered States and 2010. He directed the Randy Quaid picture Parents, and the Armin Mueller-Stahl picture The Last Good Time.

Balaban has had supporting roles in films such as Absence of Malice, Bob Roberts, Deconstructing Harry, Ghost World, The Majestic, Lady in the Water and Christopher Guest's Waiting for Guffman, Best in Show, A Mighty Wind and For Your Consideration.