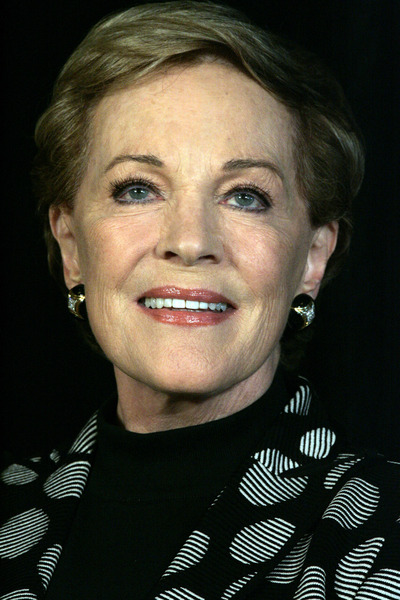 Andrews is a former child actress and singer who appeared on the West End in 1948, and made her Broadway debut in a 1954 production of The Boy Friend, and rose to prominence starring in musicals such as My Fair Lady and Camelot, both of which earned her Tony Award nominations. In 1957, she appeared on television with the title role in Cinderella, which was seen by over 100 million viewers.

Andrews made her feature film debut in Mary Poppins (1964), for which she won the Academy Award for Best Actress. She received her second Academy Award nomination for The Sound of Music (1965). Adjusted for inflation, these two films are the 25th and 3rd highest grossing films of all time, respectively. Between 1964 and 1967, Andrews had other box office successes with The Americanization of Emily, Hawaii, Alfred Hitchcock's Torn Curtain, and Thoroughly Modern Millie, making her the most successful film star in the world at that time.

In the 1970s, Andrews' film career slowed down following the commercial disappointments of Star!, Darling Lili, and The Tamarind Seed. She returned to prominence with the critical and commercial successes of 10 (1979) and Victor Victoria (1982), for which she received her third Academy Award nomination. During the remainder of the 1980s, Andrews starred in critically acclaimed but commercially unsuccessful films such as That's Life! and Duet for One, before her career went into eclipse in the 1990s.

Andrews' film career had a major revival in the 2000s with the successes of The Princess Diaries (2001), its sequel The Princess Diaries 2: Royal Engagement (2004), the Shrek animated films (2004–2010), and Despicable Me (2010). Her vocal range, which was originally very impressive, was damaged by a throat operation in 1997. In 2003, Andrews revisited her first Broadway success, this time as a stage director, with a revival of The Boy Friend at the Bay Street Theatre, Sag Harbor, New York (and later at the Goodspeed Opera House, in East Haddam, Connecticut in 2005).

Andrews is also an author of children's books, and in 2008 published an autobiography, Home: A Memoir of My Early Years.

Julia Elizabeth Wells was born on October 1, 1935, in Walton-on-Thames, Surrey, England. Her mother, Barbara Ward Wells (née Morris), was married to Edward Charles "Ted" Wells, a teacher of metalwork and woodwork, but Andrews was conceived as a result of an affair her mother had with a family friend.

With the outbreak of World War II, Barbara and Ted Wells went their separate ways. Ted Wells assisted with evacuating children to Surrey during the Blitz, while Barbara joined Ted Andrews in entertaining the troops through the Entertainments National Service Association (ENSA). Barbara and Ted Wells were soon divorced. They both remarried: Barbara to Ted Andrews, in 1939; and Ted Wells to a former hairstylist working a lathe at a war work factory that employed them both in Hinchley Wood, Surrey.

Andrews lived briefly with Ted Wells and her brother John in Surrey. In about 1940, Ted Wells sent her to live with her mother and stepfather, who, the elder Wells thought, would be better able to provide for his talented daughter's artistic training. According to her 2008 autobiography Home, while Julie had been used to calling Ted Andrews "Uncle Ted", her mother suggested it would be more appropriate to refer to her stepfather as "Pop", while her father remained "Dad" or "Daddy" to her. Julie disliked this change.

The Andrews family was "very poor and we lived in a bad slum area of London," Andrews recalled, adding, "That was a very black period in my life." In addition, according to Andrews' 2008 memoir, her stepfather was an alcoholic. Ted Andrews twice, while drunk, tried to get into bed with his stepdaughter, resulting in Andrews putting a lock on her door. But, as the stage career of Ted and Barbara Andrews improved, they were able to afford to move to better surroundings, first to Beckenham and then, as the war ended, back to the Andrews' home town of Hersham. The Andrews family took up residence at the Old Meuse, in West Grove, Hersham, a house (now demolished) where Andrews' maternal grandmother had served as a maid.

Andrews' stepfather sponsored lessons for her, first at the Cone-Ripman School (now known commonly as ArtsEd), an independent arts educational school in London, then with concert soprano and voice instructor Madame Lilian Stiles-Allen. "She had an enormous influence on me", Andrews said of Stiles-Allen, adding, "She was my third mother – I've got more mothers and fathers than anyone in the world." In her memoir Julie Andrews – My Star Pupil, Stiles-Allen records: "The range, accuracy and tone of Julie's voice amazed me ... she had possessed the rare gift of absolute pitch" (though Andrews herself refutes this in her 2008 autobiography Home). According to Andrews: "Madame was sure that I could do Mozart and Rossini, but, to be honest, I never was". Of her own voice, she says "I had a very pure, white, thin voice, a four-octave range – dogs would come for miles around." After Cone-Ripman School, Andrews continued her academic education at the nearby Woodbrook School, a local state school in Beckenham.

Julie Andrews performed spontaneously and unbilled on stage with her parents for about two years beginning in 1945. "Then came the day when I was told I must go to bed in the afternoon because I was going to be allowed to sing with Mummy and Pop in the evening," Andrews explained. She would stand on a beer crate to reach the mic and sing, sometimes a solo or as a duet with her stepfather, while her mother played piano. "It must have been ghastly, but it seemed to go down all right."

Julie Andrews got her big break when her stepfather introduced her to Val Parnell, whose Moss Empires controlled prominent venues in London. Andrews made her professional solo debut at the London Hippodrome singing the difficult aria "Je suis Titania" from Mignonas part of a musical revue called "Starlight Roof" on 22 October 1947.

On 1 November 1948, Julie Andrews became the youngest solo performer ever to be seen in a Royal Command Variety Performance, at the London Palladium, where she performed along with Danny Kaye, the Nicholas Brothers and the comedy team George and Bert Bernard for members of King George VI's family.