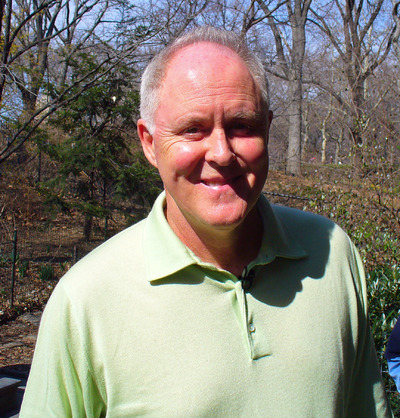 John Arthur Lithgow (born October 19, 1945) is an American character actor, musician, and author. Lithgow has been involved with a wide range of media projects, including stage, television, film, and radio. He also has written and published several books of poetry and children's literature. He appeared in the films The World According to Garp (1982) and Terms of Endearment (1983), receiving an Academy Award nomination for Best Actor in a Supporting Role for each.

Lithgow is well known for his roles as the Reverend Shaw Moore in Footloose, Dick Solomon on the NBC sitcom 3rd Rock from the Sun, the voice of Lord Farquaad in Shrek, and Arthur Mitchell on Showtime's Dexter, for which he won Golden Globe and Emmy awards. On the stage, he appeared in the musical adaptation of Sweet Smell of Success, winning the Tony Award for Best Leading Actor in a Musical. He again appeared in a musical, Dirty Rotten Scoundrels, again receiving a Tony nomination for Best Leading Actor in a Musical. He has also recorded music, such as the 1999 album of children's music, Singin' in the Bathtub, and has written poetry and short stories for children, such as Marsupial Sue, for children.

Lithgow was born in Rochester, New York. His mother, Sarah Jane (née Price), was a retired actress. His father, Arthur Washington Lithgow III, who was born in the Dominican Republic, was a theatrical producer and director who ran the McCarter Theatre in Princeton, New Jersey. Because of his father's job, the family moved frequently during Lithgow's childhood; he spent his teenage years in Akron (living at Stan Hywet) and Lakewood, Ohio.

n 1973, Lithgow debuted on Broadway in David Storey's The Changing Room, for which he received both the Tony and Drama Desk Award as Best Featured Actor in a Play. The following year he starred opposite Lynn Redgrave in My Fat Friend, and in 1976 he starred opposite Meryl Streep in Arthur Miller's A Memory of Two Mondays. He was nominated for the Best Actor Tony Awards for Requiem for a Heavyweight (1985) and M. Butterfly (directed by John Dexter, 1988).

In 1979, Lithgow portrayed Lucas Sergeant in Bob Fosse's semi-autobiographical movie All That Jazz. The character was loosely based on the real-life director/choreographer Michael Bennett, best known for his work on Dreamgirls and A Chorus Line.

In 1983 and 1984, Lithgow was nominated for the Academy Award for Best Supporting Actor for his performances as Roberta Muldoon in The World According to Garp and as Sam Burns in Terms of Endearment. Both films were screen adaptations of popular novels. Lithgow originated the character of Dr. Emilio Lizardo/Lord John Whorfin, an Italian physicist inhabited by an evil alien, which he played in the 1984 cult film The Adventures of Buckaroo Banzai Across the 8th Dimension. In 1984, Lithgow also played a pastor who condemns dancing in Footloose. He later played the role of American space engineer Walter Curnow in 2010, the sequel to the science fiction classic 2001: A Space Odyssey.

In terms of his television career, Lithgow is probably most widely known for his starring role as Dick Solomon in the 1996–2001 NBC sitcom 3rd Rock from the Sun. He was nominated for a Primetime Emmy Award in the category Outstanding Lead Actor in a Comedy Series in each of the program's six seasons and won three times, in 1996, 1997, and 1999. His son Ian regularly appeared alongside him as Leon, one of his physics students.

Lithgow has won five Emmy Awards, two Tony Awards, two Golden Globe Awards, an American Comedy Award, and two Screen Actors Guild Awards. He has also been nominated twice for the Academy Award for Best Actor in a Supporting Role. He won the Golden Globe Award for Best Performance by an Actor in a Supporting Role in a Series, Mini-Series or Motion Picture Made for Television for his appearance as Arthur Mitchell on Dexter.