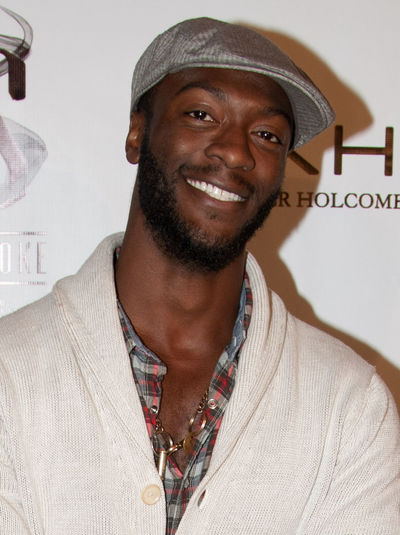 Aldis Alexander Basil Hodge (born September 20, 1986) is an American actor. Hodge is best known for his portrayal of Alec Hardison on the TNT series Leverage and MC Ren in the 2015 biopic Straight Outta Compton.

Hodge was born on September 20, 1986, in Onslow County, North Carolina. Both of his parents, Aldis Basil Hodge and Yolette Evangeline Richardson, served in the U.S. Marine Corps. Hodge's mother is from Florida, while his father is originally from Dominica. Aldis is the younger brother of actor Edwin Hodge. Hodge played both the clarinet and the violin as a child, but as an adult, his focus is on the violin; he purchased his first at the age of 18. In addition to acting, Hodge designs watches, writes, and paints. In 2007, Hodge was awarded the role of Alec Hardison on the day of his 21st birthday. In 2010, he received a Saturn Award nomination for Best Supporting Actor in Television for this role on Leverage. The win went to Aaron Paul of AMC's Breaking Bad.

Aldis Hodge plays the role of James Lanier in The Invisible Man.