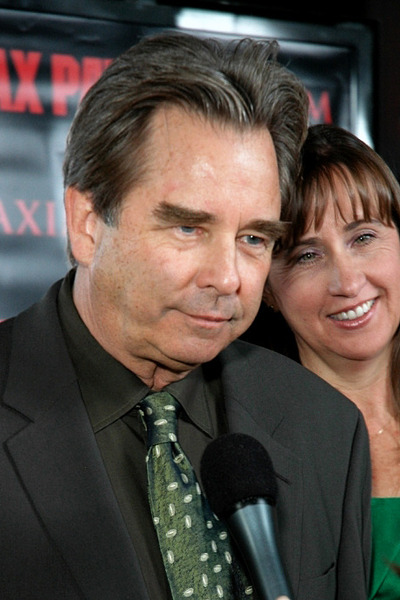 Bridges was born in Los Angeles, California, the son of actors Lloyd (1913–1998) and Dorothy Bridges (née Simpson) (1915–2009). He was nicknamed Beau by his parents after Ashley Wilkes' son in Gone with the Wind. His younger brother is actor Jeff Bridges, and he has a younger sister, Lucinda. Another brother, Garrett, died in 1948 of sudden infant death syndrome. Beau has shared a close relationship with Jeff, to whom he acted as a surrogate father during childhood, when their father was busy with work. When he was nine, his paternal grandmother died. He and his siblings were raised in the Holmby Hills section of Los Angeles.

In 1948, Bridges had an uncredited juvenile role in the iconic film Force of Evil, and in 1949 he played a secondary juvenile role in the film The Red Pony. In the 1962–1963 television season, Bridges, along with his younger brother, Jeff, appeared on their father's CBS anthology series, The Lloyd Bridges Show. He appeared in other television series too, including National Velvet, The Fugitive, Bonanza, Mr. Novak, and The Loner. In 1965, he guest-starred as Corporal Corbett in "Then Came the Mighty Hunter", Season 2, Episode 3 of the military series, Twelve O'Clock High. He found steady work in television and film throughout the 1970s and 1980s. He appeared in such feature films during that time as The Other Side of the Mountain (1975), Greased Lightning (1977), Norma Rae (1979), Heart Like a Wheel (1983), and The Hotel New Hampshire (1984).

In 1989, in perhaps his best known role, he starred opposite his brother Jeff as one of The Fabulous Baker Boys. In the 1993–94 television season, Bridges appeared with his father in the 15-episode CBS comedy/western series, Harts of the West, set at a dude ranch in Nevada. In 1995, Bridges starred with his father and his son Dylan in "The Sandkings", the two-part pilot episode of the Showtime science fiction series, The Outer Limits. In 1998, he starred as Judge Bob Gibbs in the one-season Maximum Bob on ABC. He had a recurring role in the Showtime series Beggars and Choosers (1999–2000).

Bridges is a Christian. He has stated that if the script calls for his character to say God's name in vain he will ask the director if he can change the line. Bridges is a vegan and has been for nine years.