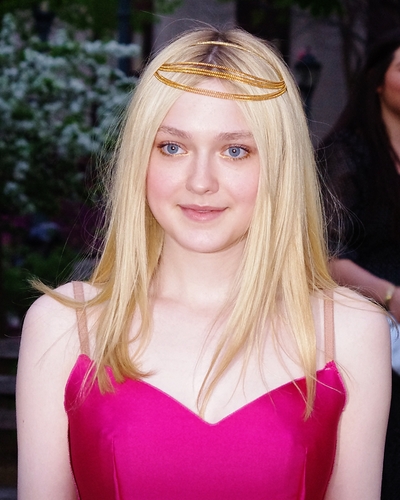 Hannah Dakota Fanning (born February 23, 1994), known as Dakota Fanning, is an American actress who rose to prominence after her breakthrough performance at age seven in the 2001 film I Am Sam. Her performance earned her a nomination for a Screen Actors Guild Award at age eight in 2002, making her the youngest nominee in history. As a child actress, she went on to appear in high-profile films such as Man on Fire (2004), War of the Worlds (2005) and Charlotte's Web (2006). Fanning then began the transition to more adult roles with Hounddog (2007) and The Secret Life of Bees (2008). Her recent film roles have included the eponymous character in the fantasy/horror animated children's movie Coraline (2009), Cherie Currie in the drama The Runaways (2010) and Jane Volturi in The Twilight Saga (2009-12).

Fanning has English, French, German and Irish ancestry. She and her family are Southern Baptist.