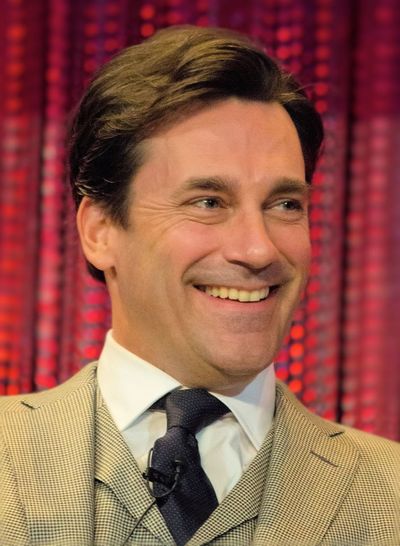 Jonathan Daniel "Jon" Hamm (born March 10, 1971) is an American actor and director. For much of the mid-1990s Hamm lived in Los Angeles as a struggling actor but later made appearances in multiple television series, including Providence, The Division, What About Brian, and Related. In 2000 he made his feature film debut in Clint Eastwood's space adventure, Space Cowboys. The following year Hamm secured a minor role in the independent comedy, Kissing Jessica Stein (2001).

Hamm gained wide recognition playing advertising executive Don Draper in the AMC drama series Mad Men, which premiered in July 2007. His performance earned him a Golden Globe Award for Best Actor in a Drama Series in 2008. In 2008 Hamm also appeared in a remake of the science fiction film The Day the Earth Stood Still. His first leading film role was in the 2010 independent thriller Stolen. Hamm also had supporting roles in The Town (2010), Sucker Punch (2011), and Bridesmaids (2011). He has also directed two episodes of Mad Men. Hamm has received eight Emmy nominations for his acting on Mad Men and 30 Rock.

Hamm was born in St. Louis, Missouri, the son of Deborah and Daniel Hamm. His father ran a family trucking company and his mother was a secretary. He is of German, English, and Irish descent; his surname originates with German immigrants. Hamm's parents divorced when he was two years old, and he lived in Creve Coeur with his mother until her death from colon cancer when he was 10. Hamm then moved in with his father, who died when Hamm was 20. Hamm attended the private John Burroughs School in Ladue, where he was a member of the football, baseball, and swim teams. During this time, he dated future actress Sarah Clarke.

Hamm's first acting role was as Winnie the Pooh in first grade; at 16, he was cast as Judas in Godspell, and enjoyed the experience, though he did not take acting seriously. Following graduation in 1989, Hamm enrolled at the University of Texas, where he was a member of the Upsilon Chapter of Sigma Nu fraternity. Hamm returned home to attend the University of Missouri after his father's death. At Missouri he answered an advertisement from a theater company looking for players in a production of A Midsummer Night's Dream, auditioned, and was cast in the production. Other roles followed, such as Leon Czolgosz in Assassins. After graduating in 1993 with a Bachelor of Arts in English, Hamm returned to his high school to teach eighth-grade acting as a gesture of repayment for the school's support during his adolescent years. One of his students was Ellie Kemper, who later became an actress; another was Beau Willimon, who became a screenwriter.

Hamm had known actor Paul Rudd for many years, and visited Hollywood to meet him in 1992. Not wishing to stay in a "normal career", Hamm moved to Los Angeles permanently in 1995 with an automobile and $150. He moved into a house with four other aspiring actors and began working as a waiter while attending auditions. He acted in theatre, including as Flavius in a production of Shakespeare's Timon of Athens with the Sacred Fools Theater Company.

Finding employment as an actor was difficult despite representation by the William Morris Agency because, unlike other actors his age, he could not be cast in youth-oriented productions like Dawson's Creek due to his older appearance. In 1998, having failed to obtain any acting jobs after three years, he was dropped by William Morris. Hamm continued working as a waiter, and briefly as a set designer for a softcore pornography film. After repeatedly failing to obtain promising roles, he set his 30th birthday as a deadline to succeed in Hollywood, observing that:

"You either suck that up and find another agent, or you go home and say you gave it a shot, but that's the end of that. The last thing I wanted to be out here was one of those actors who's 45 years old, with a tenuous grasp of their own reality, and not really working much. So I gave myself five years. I said, if I can't get it going by the time I'm 30, I'm in the wrong place. And as soon as I said that, it's like I started working right away."

In 2000, Hamm obtained the role of romantic firefighter Burt Ridley on NBC's drama series Providence. His one-episode contract grew to 19, and led him to quit waiting tables. Hamm made his feature film debut with one line in Clint Eastwood's space adventure Space Cowboys (2000); more substantial roles followed in the independent comedy Kissing Jessica Stein (2001) and the war film We Were Soldiers (2002), during filming of which he turned 30. His career was further bolstered when he played the recurring role of police inspector Nate Basso on Lifetime's television series The Division from 2002 to 2004. Other minor roles followed on the television series What About Brian, CSI: Miami, Related, Numb3rs, The Unit, and The Sarah Silverman Program. Hamm's Mad Men castmate Eric Ladin had said that one of the reasons he looks up to Jon is that while he "made it" later than most actors, Hamm never gave up on acting.

Hamm received his breakthrough role in 2007 when he was cast from more than 80 candidates as the protagonist character Don Draper in AMC's drama series Mad Men. In the series, set in a fictional 1960s advertising agency, he plays a suave advertising executive with an obscure past. Hamm recalled, "I read the script for Mad Men and I loved it. [...] I never thought they'd cast me—I mean, I thought they'd go with one of the five guys who look like me but are movie stars", and that an actor with a "proven track record" would likely have been chosen if another network had aired the show. He went through numerous auditions, and explained each time to the casting directors what he could bring to the character, if given the part. Alan Taylor and Mad Men creator Matthew Weiner thought that Hamm was too handsome for the role, but decided that "it was perfect to cast sort of the perfect male in this part"; Weiner also sensed that the actor had not been raised by his parents, similar to Draper's backstory.

Hamm used memories of his father to portray Draper, a well-dressed, influential figure in business and society hiding great inner turmoil and facing changes in the world beyond his control. Mad Men debuted on July 19, 2007, with almost 1.4 million viewers. It quickly developed a loyal audience, with the show and Hamm receiving strong reviews. Robert Bianco of USA Today was complimentary of Hamm, noting that his interpretation of Draper was a "starmaking performance". The Boston Globe's Matthew Gilbert called Hamm a "brilliant lead". For his work, he won a Golden Globe Award in the category of Best Actor in a Television Series Drama in 2008. Also in 2008 he was nominated for both a Screen Actors Guild award for Outstanding Performance by a Male Actor and an Emmy award for Outstanding Lead Actor. In 2009, Hamm was again nominated for a Golden Globe and Screen Actors Guild Award in the same categories, and received another Emmy nomination for Best Actor. In 2010, Hamm received his third Golden Globe nomination.

Since 1997, Hamm has been in a long-term relationship with actress and screenwriter Jennifer Westfeldt. They own homes in Los Angeles and the Upper West Side in New York. In an interview discussion about his relationship with Westfeldt, Hamm said: "We may not have a piece of paper that says we're husband and wife, but after 10 years, Jennifer is more than just a girlfriend. What we have is much deeper and we both know that. To me, people [should] get married when they're ready to have kids, which I'm not ruling out." Hamm, along with Westfeldt, has appeared in Gap related campaign advertisements. In April 2009, Hamm and Westfeldt formed their own production company, Points West Pictures. Hamm and Westfeldt are advocates of animal rescue and have adopted their own dog, a mixed breed named Cora, from the Much Love Animal Shelter in California.

Although his role as Don Draper requires him to smoke, Hamm gave up smoking when he was 24. He revealed in an interview that while on set he does not smoke actual cigarettes, but herbal cigarettes that do not contain any tobacco or nicotine. 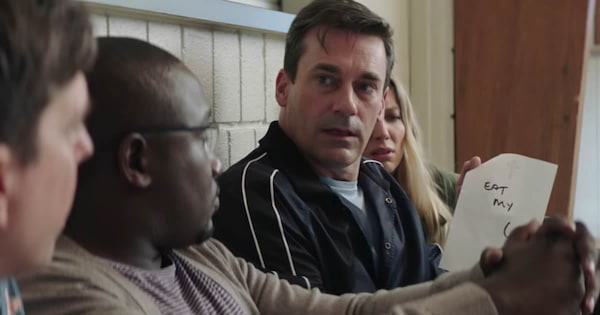 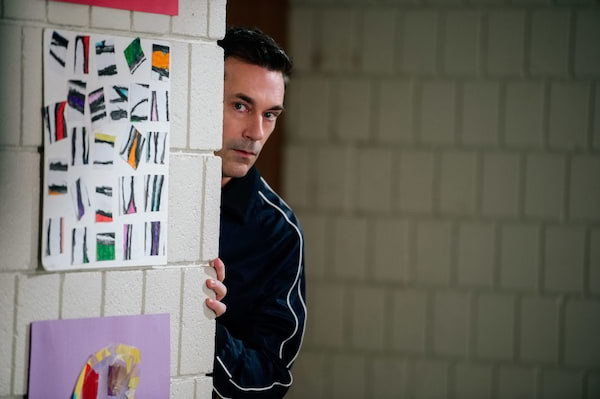 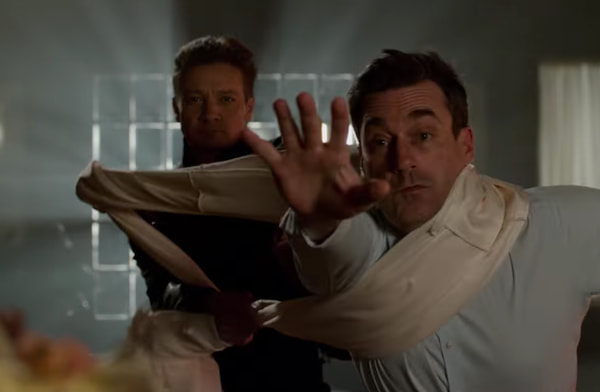 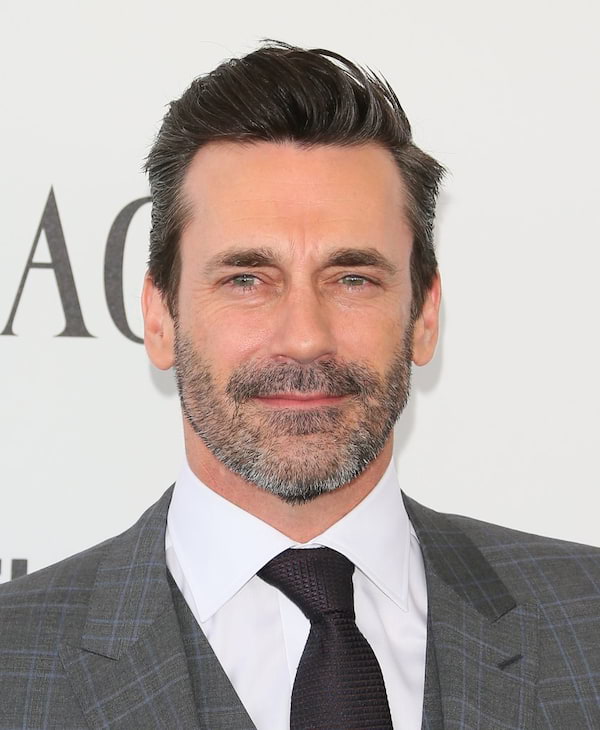 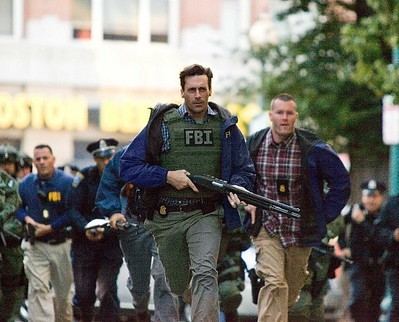 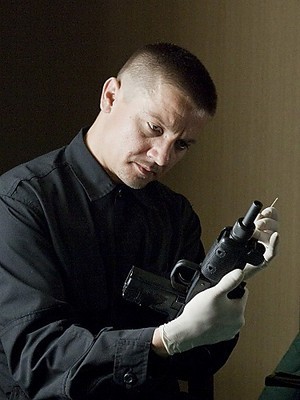 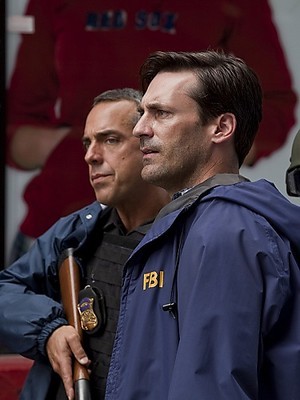